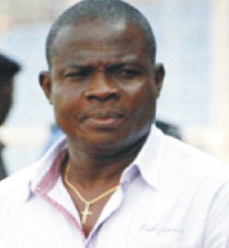 Sunshine Stars Football Club of Akure have finally secured the services of former Lobi Stars Coach, Gbenga Ogungbote to replace Kabir Dogo ahead of the 2020/2021 Nigeria professional football league season, Sporting Hope can authoritatively confirm.
A top management of the State Football Agency who pleaded anonymity confirmed that Ogunbote’s choice was based on his records and experience of the round leather game management.
The source revealed that the team’s management believed his experience would help in achieving the aims and objectives of Sunshine Stars in the upcoming season.
He added that the team is making effort to rebuild and get quality legs to replace departed players and to put out a good performance in the upcoming season.
According to the source, “all things being equal, the coach would be unveiled next week, adding that the target of the team remains the same, and we want him to take the team to the continental space.”
“He has done it before and we believe he can do it again, we are not perturbed about those players that left, we are sure he would bring in players who are better than those that left.”
Coach Ogungbote is returning to the team after taking Owena Whales to its first continental engagement, getting to the semi final stage of the CAF confederation.