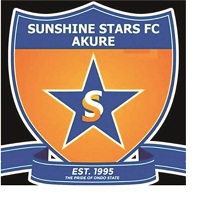 The players and officials converged at a conference room in their hotel base after recuperating from the friendly matches in Ilorin for the interactive session on officiating.

FIFA, as Ogunyamodi is fondly called took time to sensitize and educate the players and officials of the Owena Whales on the latest trends and rules change in officiating as eshrined in the law book of the game.

Among other things discussed during the session, Ogunyamodi took time to educate the players and official on the rule change concerning kick off, handball incidents, defensive wall, fair play, substitution and the need to always show respect and abide by the referees’ decisions.

“Above all, it is important you respect and abide with *ALL* the referee’s decisions during game. We also have to be mindful of our conducts on the technical bench.”Fifa admonished.

Sunshine Stars played out a 1-1 draw with Kwara United, defeated ABS 5-2 in Ilorin, and the coach Kabiru Dogo charges will engage Southwest rivals 3SC tomorrow in their last warm up match before returning to Akure to host Warri Wolves on Sunday.