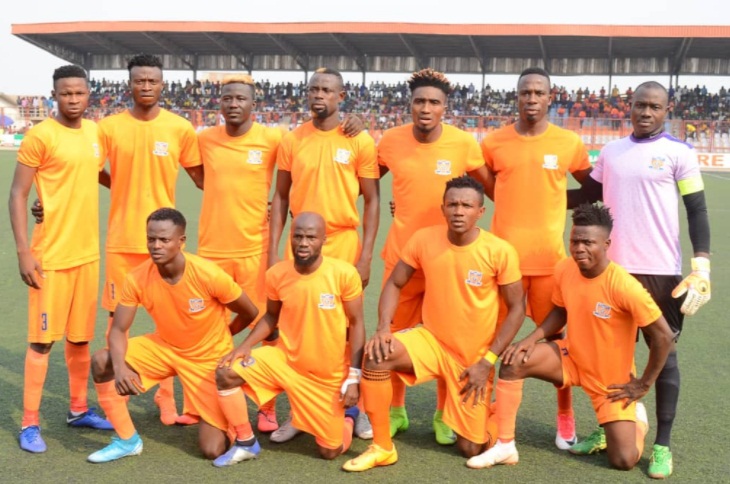 Nine minute Timilehin Ogunniyi Omojesu goal was all Sunshine Stars needed to triumph over Ifeanyi Ubah FC in the match day two of Nigeria Professional Football League (NPFL).
The match day two encounter played in line with COVID -19 guidelines was decided at the Ondo State sports complex in Akure saw the Akure Landlords rued many chances.
Attempt to get a leveller by the visiting team was well curtailed by the Sunshine Stars back four .
Sunshine Stars gaffer, Gbenga Ogunbote said he is optimistic the team will get better as the league proceeds, the most important is the three points and thank God that we got it.
According to him, “the team is a team in the making I’m very sure we will become a team to beat in no distance time, the winning will ease pressure from the team and the management.
He canvassed for more support and understanding from the home fans, saying they will make adjustment where it’s necessary.
Ifeanyi Ubah coach, Uche Okagbue promised to pay Sunshine Stars in their own coin when they visit us at home.
He said “we lost the game because we were not at our best, Sunshine Stars is not better than us, in fact, they are not a team that supposed to beat.
The man of the match, Timilehin Ogunniyi Omojesu promised his commitment to the team, saying he will continue to put in his best for the club.
He said, “I’m elated to decide today’s game by scoring a free-kick , I scored three goals in last season, this I will work hard to get better in terms of scoring and assist for the team”,he said.