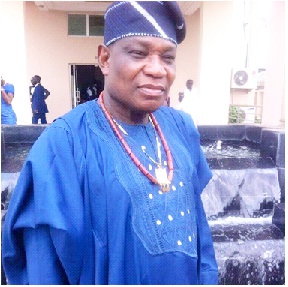 The President of Sunshine Stars, Otunba Tajudeen Akinyemi has revealed that the club’s management has begun serious preparation ahead of the new season to make the team better than last season.
Akinyemi in an interview with Sporting Hope in Akure the state capital, said the club has embarked on a move to fortify the team with quality players that will do the team and the state proud.
The President revealed further that some of the best legs that left the team last season will rejoin the team adding that the midfield, attacking and goal keeping department of the team will be fortified with quality and experience players.
He confirmed that at least four good players will join the team next season, saying the team enjoy good relationship with their coach, Kabir Dogo.
He said, “we are not hiring new coach for the next season, we have resolved to work with Dogo next season, we want continuity in the team to avoid any distraction from any quarters.
“Our target remains the same , we want to represent Nigeria at the Continental level,” he said.
He said the management has also resolved to ensure they have sizeable team that will be easy to manage unlike the over bloated team they had last season.
He added that the management will do all they could to remain focus and ensure they motivate the players to avoid the repeat of last season.
“We started well last season to stamp our authority on third position on the log after about 21 matches ,until the issue of players salary deduction which killed the players morale and thus distracted them. This season everything has been put in place to have a smooth running of the team.
“Until the season was halted Sunshine Stars were on 9th position, it so tight that everyone from number one to 10 can still get whatever they were targeting with hard working.
“Our ambition to represent Nigeria at the CAF competition is still alive and that is what we are working towards.”