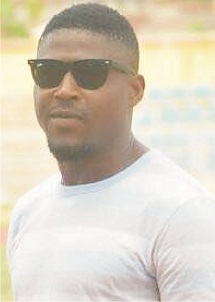 He said the investors when brought in would reduce the burden on the government.

Betiku, who stated this during an interview with the newsmen in Akure, the State Capital, said that welfare of players will be his utmost priority.

He said he was also planning to meet with stakeholders in the state to form a synergy that would help the team in the coming season.

Betiku revealed that the agency had retained about 20 players from last season by the former crew.

He added that the team would resume soon as part of the preparations towards the coming season.

He reiterated his commitment to look into the players and officials’ welfare which he said its his priority to know and see how he can give them the best they deserve.

According to him , “I know the state alone cannot finance the team to their utmost best so I have been talking to some highly placed individuals and corporate organisations within and outside the state to support us.

“I want to meet with all football stakeholders in the state and beyond to brainstorm and let them see the reasons they have to give their utmost support to Sunshine Stars.

“The team will resume this week certainly after a little spell in Akure,then we will move into a close camping for like two weeks or thereabout.

“The most important message is that we are urging all the good people of Ondo state to give us their maximum support,I am pretty sure we are going to deliver,” he said.

It will be recalled that Sunshine Stars had finished the NPFL last season with 18th on the log.