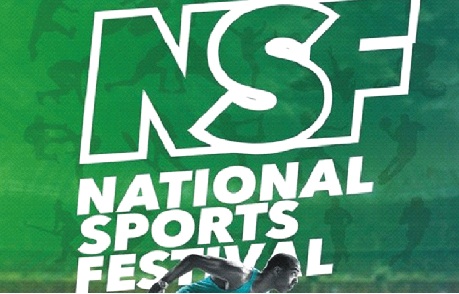 Ondo State athletes have described the postponement of the National Sports Festival (NSF) as disappointing, demoralising and frustrating.
The state’s athletes stated this while reacting to the fourth postponement of the national fiesta at the Ondo State Sports Complex, Akure, the state capital.
Speaking with Sporting Hope, a long jumper, Akintokun Olabode said the postponement of the games has weighed him down, saying it’s really affecting his morale.
“To be honest, it really affected my morale, despite that I will continue training for other competitions.”
On his own, a Gymnast, Olorunfemi Adeyemi Samuel added that the postponement of the festival was not fair to the athletes who have been training hard for the competition.
He said “our government not encouraging us the athletes with the postponement of the games, to be candid, the postponement is uncalled for and isn’t fair to us.
“It weakened me, in fact, I have not been training since the news of the postponement broke out. I think I have to put myself together and get back on track today.”
A female footballer, Taiwo Akinyinka expressed her frustration over the postponement of the games, saying she was not happy about the whole thing.
“I learnt it was postponed because of the second wave of coronavirus and lack of fund from the hosting state.
“But if our government had put in proper preparation, the games would have been held successfully, as we are talking , Australian Open is ongoing, it’s all about solid planning.
“The duo of Dibiya Bridget and Sandra Samuel also revealed that they were not feeling fine since the postponement , the incessant shifting in the date is frustrating, this current situation isn’t encouraging.
“The Basketballers added that the situation wasn’t fair to them as an athletes that is training day and night and all we got at the end was postponement, which is demoralising.
“Well, our prayer is that the new date be realisable.
“Though, we are not training for National Sports Festival alone, we are also preparing for league.”