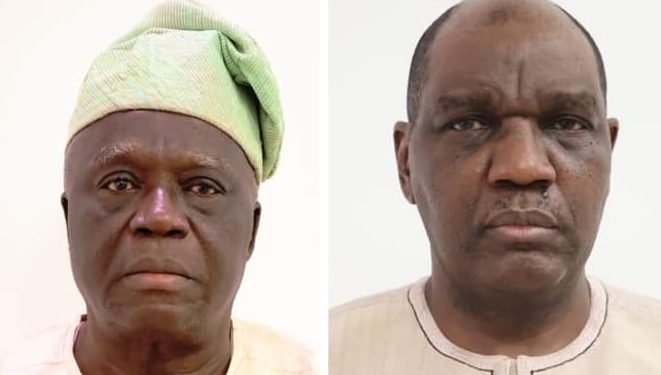 Aderibigbe and Yisa-Yemi, a Principal Partner at M.Y. Ogundele & Co Legal Practitioners, were arraigned on Wednesday January 25 before Justice O.A Musa of the Federal Capital Territory, FCT, High Court, Jabi, Abuja, on three-count charges bordering on conspiracy and obtaining the sum of N60,400,000 by false pretence.

The EFCC alleged that Yisa-Yemi, between 2014 and 2016, corruptly gave the aggregate sum of N60,400,000 to Aderibigbe, on account of a contract awarded to him as consultant for processing and regularizing of Title Deeds and Survey Plans for the property of the fund at Era village, Oto-Awori, Ijanikin, Badagry Expressway, Lagos.