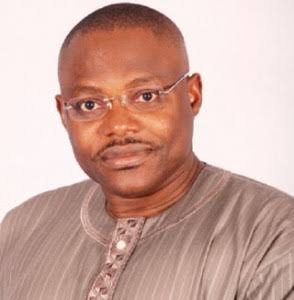 About 10 million Nigerians are at risk of contracting Neglected Tropical Diseases (NTDs) or already have cases of them, The Hope has learnt.
To this end, Ondo State has contributed significantly to the total prevalence of some of the diseases including Onchocersiasis, Lymphatic Filariasis, Schistosomiasis and Soil transmitted helminthes in Nigeria.
Acting Commissioner for Health, Dr. Jibayo Adeyeye disclosed this yesterday in Akure during an event to mark the second edition of the world NTDs day with the theme; “end the neglect, beat NTDs” which comes up tomorrow.
According to him, the state is laden with the burden of four out of the 20 NTDs on WHO list noting that the diseases are neglected because they are prevalent in low and middle income countries, adding that “they are neglected due to their low propensity for causing deaths.
Adeyeye who explained that there has been a target of complete elimination of the diseases in the year 2020 by relevant agencies including WHO stated that the state has embarked on mass administration of relevant medicines to tackle the diseases in endemic communities in the state.
He said that government has given a lot of attention to the provision of potable water as boreholes have been provided across the state.
Adeyeye who stated that NTDs is noticeable in Ifedore Local Government and the riverine area said ” it is more in the southern part of the state than other areas.
However, he called on private organisations to make their contributions to the control of NTDs in the state.
In his opening remarks, Executive Secretary, Ondo State Primary Health Care Development Agency(OSPHCDA), Dr. Francis Akanbiemu described NTDs as one of the group of diseases which causes a lot of disabilities and even deaths in people.
He noted that as important as COVID-19 and HIV among others are, attention must not be shifted from NTDs as they are important.
He commended all partners especially MITOSATH which according to him has been providing support for NTDs for several years.
Speaking further, he hinted that government has been cautioning the people against open defecation and encouraging the use of good toilets in order to prevent the diseases in the state.
However he listed drinking of portable water and embracing proper hygiene as one of the ways to prevent the diseases in the state.
In his goodwill message, representative of MITOSATH, Mr Chidi Uche who affirmed that the organisation has been a major supporting partner for NTDs in the state, stated that all hands are on deck to put an end to the diseases in the state.
He commended the state government for its efforts in the fight against the diseases and added that it should continue to give necessary attention to them for prompt eradication of the diseases.