NTTF:’We are ready to defend our title’ 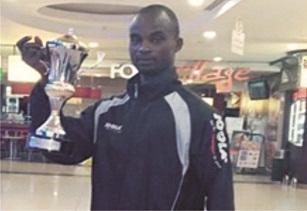 NTTF:’We are ready to defend our title’

By Femi Atolagbe
|
Ondo State Table Tennis Association has said the association is ready to go all  out to defend the title it won last year in Abuja.

Coach Omoniyi Adedotun declared while chatting with Sporting Hope in his office at the state sports complex Akure the state capital. He  said the Nigeria Table Tennis Federation had invited them to the 14th Edition of the Aso table tennis Championships in Abuja.

According to the invitation letter signed by the NTTF Secretary General, Mr James Eakns obtained from the association by the Sporting Hope, this is to invite your Association to participate at the 14th Edition of the Aso Table Tennis Championships slated to hold between 3rd and 9th May 2019 at the National Stadium ,Package B, Abuja the Federal Capital Territory.

The National under 15 coach noted further that this will make it fifth time. The State will be participating in the Championships, noting that since then , they have been dominating the Championships.

According to him,”we are the defending champion of the Championships”.

He added that ,”we are the double champions during the last year edition, we won silver in men senior, while the state won a gold and a bronze in junior cadet”.

“The championship is a combination of both Junior and senior Cadets, so this  year we are battle ready to defend our title.

The trial for the championships will start today Monday at our Table Tennis court”, he concluded”.

Some of the Table Tennis  players on ground expressed  their readiness to do the state proud once again.