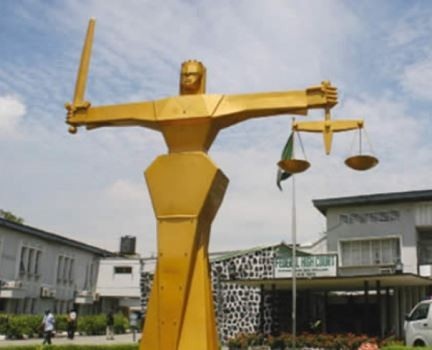 A 20-year-old lady, Mutiu Kaosara has been arraigned before an Osogbo Magistrates’ Court over an alleged theft.
The accused person committed the offence on September 11, 2020 around 4:30pm at stadium area in Osogbo.
The police prosecutor, ASP Fagboyinbo Abiodun told the court that the accused person maliciously damaged two safe deposit box and stole N180,000 belonging to one Ewatomi Ajiboye.
The offence committed is contrary to Sections 451, 383(1) and punishable under Section 390(9) of the Criminal Code code CAP 34, vol.II Laws of Osun state of Nigeria 2002.
The accused person however pleaded not guilty to the allegations levied against her by the police.
In his response, the defense counsel, Okobe Najite applied for the bail of the accused person in the most liberal term, claiming the accused person is a breastfeeding mother and that his client will stand her trials.
In his ruling, Magistrate Taofeek Badmus granted the accused person bail in the sum of N100, 000 or one surety in like sum.
The case was adjourned till October 15, for hearing.