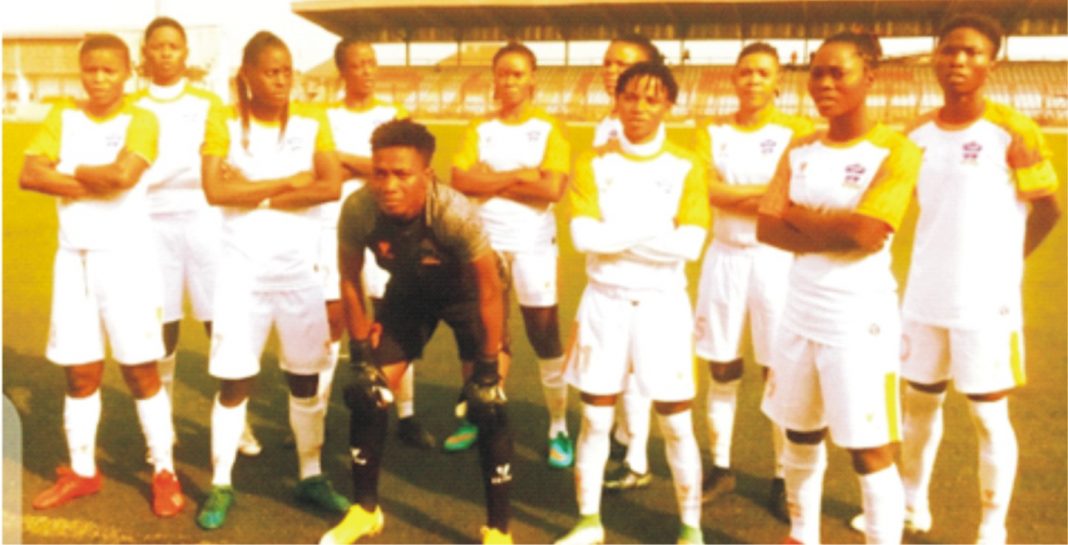 The Ondo State Commissioner for Youth and Sports Development, Mr Dele Ologun has commended Sunshine Queens FC over their victory against FC Robo.

Ologun charged the team to maintain the tempo of their success with the assurance that he would always be onground to watch their matches and cheer them up for victory.

“We want to thank God for victory and I want to congratulate our ladies and their men for their 3-0 victory in their last game against Kano Pillars and I wish them more success.

We do our possible best and ensure that very soon Sunshine Stars will be brought back to Akure stadium for their league matches,” he said.

Goals from Abdulrasheed Mariam and Biyi Folajomi help the Betty Babes coast home with all points in the NWFL match day three contest.

Mariam gave the Tayo Onilude tinkered side the lead in the 25th minute after she poked home from a good team move.

The hosts nearly double their advantage at the stroke of halftime but the Lagos visitors’ Robo goalkeeper stood firm to stop what would have been spectacular goal from way out.

Second half substitute, Folajomi doubled the lead for Queens 10 minutes into restart with her first touch of the game.

The ladies kept up the tempo and could have pulled away further at the hour mark, but Ufomba Chiwendu missed tapping home from goal mouth by a whisker.

The visitors rallied late and scored consolation goal in stoppages time, but there was no denying Queens their first of the season and a perfect birthday gift to Club and Ondo Deputy Governor, Hon Lucky Aiyedatiwa.

Sunshine Queens Coach, Tayo Onilude in an interview with newsmen said; “I’m very happy and excited with the result, we are coming out gradually and I’m sure we will come out better in our subsequent matches.

“FC Robo is one of the best teams in Nigeria’s Women Football League, but there is no team that is undeafitable, we got our chances and we make use of them.

“Despite the victory, we will still go back to the drawing board and assess ourselves and ensure we adjust where it necessary for better performance in our next game.” She said.

On his own, FC Robo Coach, Emmanuel Orobosa said he will go back home and prepare for their next game.

He added that the match was a good game, the match officials try their best, but not happy with the end result.