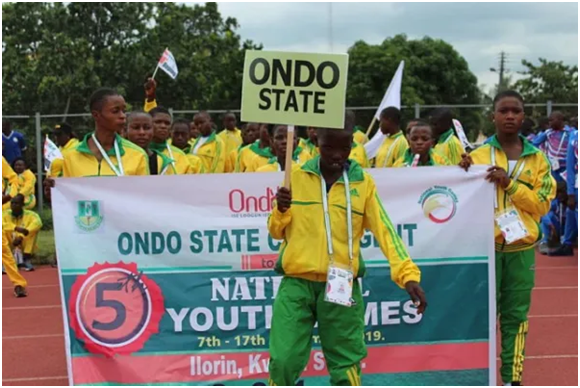 All things being equal, Ondo State contingent to the 6th National Youth Games (NYG)will today depart for Ilorin, Kwara State.
The General Manager of the state Sports Council, Mr Henry Babatunde in a chat with Sporting Hope in Akure, urged the state’s contingent to be a good ambassador of the state.
Babatunde appealed to the athletes and their coaches to be focused and be of good behavior Ondo State is known for, adding that they should engage the competition fairly and play according to rules of the competition.
He said, we are going to the competition to demonstrate high level of sportsmanship, our athletes will perform brilliant at the games.
” We are hopeful that our athletes will do well in Ilorin, with the level of their preparations, because they have been training vigorously for over two months, we believe we are going to have a good result at the end of competition.”
“They have resumed camp since last week and the atmosphere at their camp was encouraging”
While urging the people of the state to pray along with the contingent for a successful outing ,he commended the state Governor and other state functionaries for approving the state’s participation at the games.