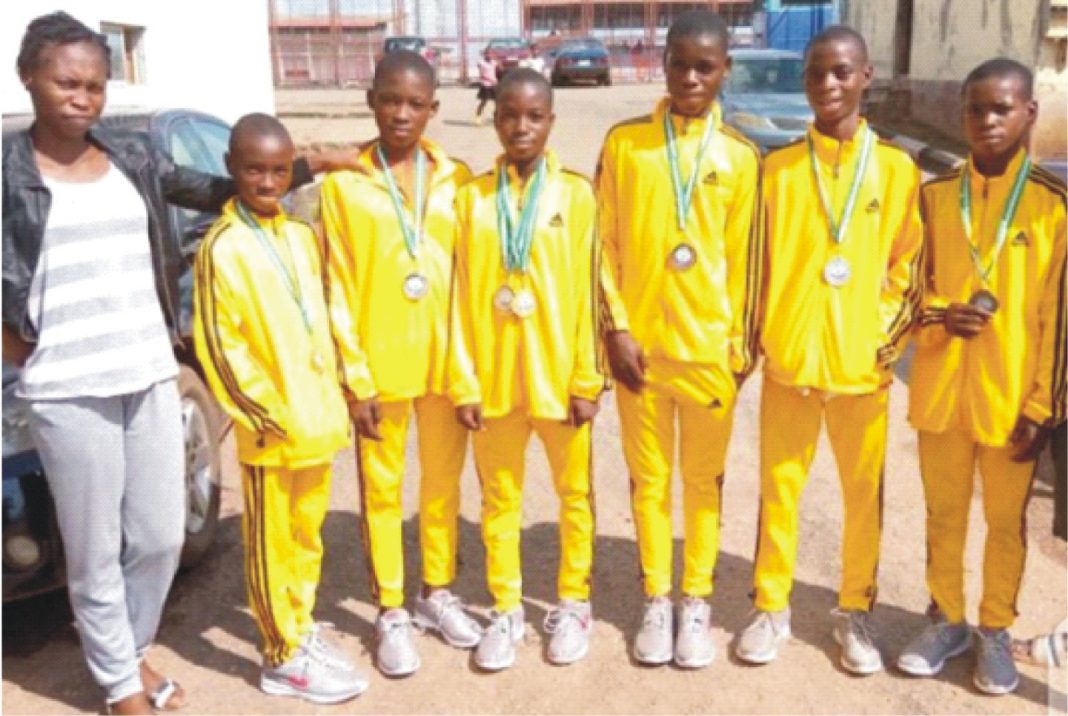 Winning the most Precious Shield (gold medal)that I won as a performer in my first outing as head coach of Ondo State Gymnastics is a dream come true with team work, Coach Adekemi Ademuwagun had said.
Coach Ademuwagun had led the state’s Gymnastics performers to the just concluded 6th National Youth Games (NYG) held in Ilorin, Kwara State to win one gold three Silver and one bronze medals in her maiden outing as the head coach of the section.
Speaking with Sporting Hope Ademuwagun thanked God for the opportunity done on her to achieve the feat.
She said, “it’s gladden my heart to win as an athlete and also winning as a coach for my state, this is a moral booster for me as a young coach, I give all the Glory to God Almighty.”
The 2019 All African Games medalist added that the 6th National Youth Games feat will motivate her to give give her best in subsequent competition adding that preparation for the National Sports Festival has already begun.
“We have started our preparation for the National Sports Festival to be hosted by Delta State next year, because we are not going there to joke.”
This is just the beginning of good thing in my career as a coach, bigger task head which will bring out positive and desirable result for the state with the support of the management of the sports council.
They didn’t not look down on me as a young coach ,they gave me the opportunity to prove my self,thank God I did not disappoint myself and the management.
She said, Ondo State hold the ace in Gymnastics other states always scampering whenever they hear our name, saying despite the irregularities and cheatings that always mar the game we have never compete without silverware.
She advised the leadership of the Gymnastics federation to upright and improve on the officiating of the games to encourage the younger generation, all these kids are too young to be exposed to all the irregularities experienced in the game.
“It’s time for us to take gymnastics to the next level by ensuring only the best is identified and nuturing to the stardom for them bring glory to the country in intra and International competitions.”
“I urged all parents to support their children in their respective sports, to my young gymnasts I beseech you all to keep the momentum going, you have all made me and the state proud the games.
“Don’t be discourage with the current situation, keep training, the future is bright for you all.”
Gymnast Tunmininu Braitwaite who won gold vault, silver in female team event and a bronze medal in Floor exercise said she was glad to clinch the gold ,saying she trained very hard to win the most precious Shield.
According to her, “my coach instructed me before I left Akure that I should be consentrated and everything thing with my mind without fear, I followed her instruction and it worked for me.”
“I will continue to work harder and come back next year to dominate in every apparatus, because I want to see my self at the top in the nearest future,” Braitwaite said.
Ondo State won, one gold in vault, three silvers in team female event, best all round event, Aerobics and a bronze in balance beam.