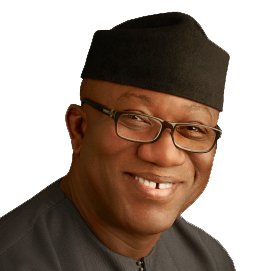 The monarch and members of his council , in a letter dated April, 20 ,2019 and addressed to Fayemi, said the combined force of military and local hunters would curtail the activities of the suspected killer herders and restore peace to the beleaguered community.

Some suspected herdsmen had besieged a farmstead called Eda, a village under Iyemero and shot two persons and also raided some houses during the midnight attack.

Those shot by the assailants, including a seven years old boy later died in the hospital, which prompted Fayemi to seek military intervention to save the border town from further carnage.

A copy of the letter made available to journalists in Ado Ekiti on Sunday, assured that the community would avail the soldiers with necessary information to stem the tides of killings in the town.

Oba Ogungbemi said about 60 persons that were displaced from their respective houses who took refuge in his palace for three days, had since returned home due to Fayemi’s timely intervention.

The letter reads: “We are thankful to Governor Fayemi for deploying military joint task force to restore permanent peace and tranquility to the people of Iyemero, which has guaranteed peaceful coexistence among the residents of the community.

The monarch added that the Governor had built the foundation of trust and confidence in the residents by approving the immediate construction of a police station in Iyemero, which will provide safety for our people and ward off criminals from our porous  border.

The monarch equally appreciated Fayemi’s kind disposition towards the injured through the payment of their hospital bills, saying this had further accentuated the fact that he is a good and worthy leader.