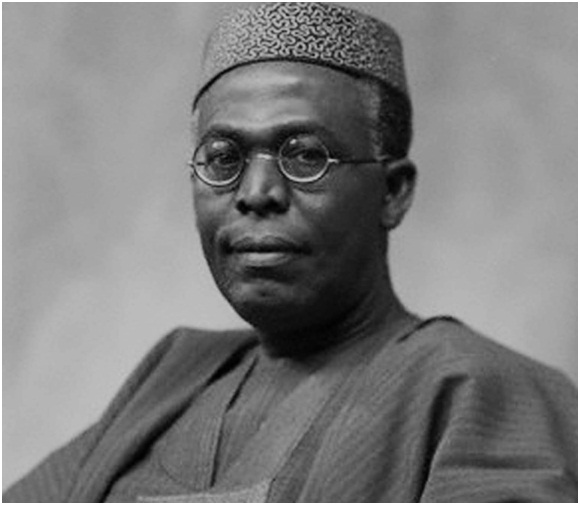 Since the demise of the late sage, Chief Obafemi Awolowo 35 years ago, precisely May 9, 1987 the cohesive, impregnable and invincible larger Awolowo political family has been witnessing without relenting noticeable cracks with eventual dispersion of awoists to various political persuasions by their own volition or circumstances dictated by the reality of ever charging moment.

Following the subsequent demise of Papa Michael Adekunle Ajasin, former governor of old Ondo State and political soul mate of Awo, though died at old age 95 and gruesome assassination of Uncle Bola Ige, former governor of old Oyo State, the two formidable disciples of Awo could have as usual intrepidly and doggedly held forte and perpetuated the legacies of Awo with re-animated vigour.

Awo’s legacies encapsulated in the ambitious programmes of action of free education, free health and medical services, full and gainful employment, and rural integrated scheme and others rigorously enunciated and articulated to revolutionise,  illuminate the course of governance after a protracted colonial rule.

No sooner Ajasin and Bola Ige died suddenly chiefly due to the contradictions inherent in the nation’s politics under the dictates of crude, brutish long military rule foisted on Nigeria.

Afenifere, the pan Yoruba socio-cultural and political organization supposedly guided by the political philosophy of the late sage is completely destabilized; lacks unity of purpose and is not well organized to continue the epic struggle in deepening purposeful governance at least in the South Western Nigeria as practiced by Awo led Action Group (AG) and Unity Party of Nigeria (UPN) while he lived.

As the programmes evolved in the region where the Action Group (AG) and later UPN led by Awo, held sway, it translated into life more abundant for the people. In fact, AG adopted life more abundant as its motto in the Western Region. While light was the symbol of Unity Party of Nigeria (UPN), depicting free education throughout the federation as light to extinguish darkness of illiteracy, ignorance, poverty and superstition which had enveloped the country.

Western Region became a pace-setter and the cynosure for the rest of black Africa, perhaps after the People’s Republic of Ghana under the auspices of Dr. Kwane Nkrumah’s administration led Convention People’s Party (CPP) defunct. Incidentally, Oyo state with headquarters in Ibadan, formerly the political headquarters of Western Region, has adopted the sobriquet “pace-setter” of Nigeria.

For instance,  agriculture, the mainstay of our economy was given a pride of place in the region. The first sky rising 25-storey edifce in Africa, known as Cocoa House was built by Awo’s government in Ibadan without going cap in hand to solicit federal government’s assistance by way of loan or credit facilities.

The Cocoa  House, as a commercial and agro-economic corporate giant erected in the heart of Ibadan, the capital city of Western Nigeria affirmed and re-affirmed the strategic role of agriculture in the economy of the region and by extension in Nigeria.

Government encouraged private entrepreneurship in the investment of the economy. This gave rise to the springing up of banks; Cooperative Bank, Agbonmagbe, later known as Wema Bank and some finance houses including ODUA conglomerates, to further boost the economy; creation of employment opportunities all over the place and improvement of quality of life  of the rural populace. As a result of synergy between the public and private sectors, industrial and housing estates were constructed by government, and still in existence but unfortunately not as vibrant and in good shape due to lack of maintenance and criminal neglect by successive administrations.

Even some undesirable and mean elements in our midst went to the sickening and depraved depth of setting ablaze Cocoa House while the late sage was still alive. The old man went to behold the edifice engulfed in smoke, and he went back to his house at Oke Ado residence in Ibadan without uttering a word.

Western Region recorded several outstanding “firsts” in Africa, south of the Equator. Awo introduced free education in 1955 leading to exponential explosion in pupils’ enrolment, and others were wide open like introduction of modern schools to promote  mass literacy and enlightenment in the fast growing economy. To cap it all, the first television station in Africa, later known as NTA Ibadan and Liberty Stadium Ibadan, were founded by Awo.

The feats were replicated in the ill-fated Second Republic. The four cardinal point programmes of the banned Unity Party of Nigeria led by government was in firm control in Lagos, Ogun, Oyo, Bendel and Ondo States popularly called LOOBO states, from the present day Lagos to Delta States.

The programmes especially free education at all levels were unprecedented, which indeed provoked the envy, greed and rabid jealousy of the neo-colonialists and fascists and their military apologists.

These soldiers of fortune in the nation’s armed forces retired or still serving have either tasted power or in the corridor of power or on stand by to seize political power illegally at the slightest opportunity. They are obsessed with cupidity for power, gathered in glee and in unholy league; and vowed with the last pint of their blood to obliterate the name of Awo from circulation.

The military recruited their stooges and proxies from the present crops of politicians and ridiculously styled them  “new breed” politicians. Thanks to the erstwhile war lord, Chief Emeka Odumegwu Ojukwu, may Lord forgive him and bless his soul. Ojukwu aptly doubted this bunch of venal, myopic indolent and political adventures as new greed politicians.

It is disheartening and unfortunate that some Awoists rather than opting for effective retirement from partisan politics return to their vomits and become ideological turn crate  and irritants, align with the People’s Democratic Party thus acquiesce in the political brigandage, economic mismanagement across the county for 16 years of PDP misrule.

Awo’s memory shall over be evergreen. Who were the villains that pulled down Awo’s statue at Government Secretariat Agodi, Ibadan, or, has it been rebuilt and restored to befit the dignity of the late sage. For it is a long time I have travelled along that area in Ibadan. Obafemi Awolowo built Ibadan to compete favourably with New York City in the Unity States (US) even at the risk of making hyperbole a paradise on earth!

History and posterity shall not absolve those people and institutions behind the volte face of Nigerian Tribune founded by Awo to fight colonialism and enthrone self government, now being deployed to romance its traditional and noble role as voice of the voiceless. When the faceless cabal killed Chief Alfred Rewane, Awo’s long standing political associate and the financial backbone of progressive politics in Nigeria, the voice of Tribune was as tenuous and muffled as not exerting the much desired result on the wicked and cold blooded murder.

It was queer and incredible that Nigerian Tribune was not being fair to LKJ. Hardly could the paper do any spotlight on LKJ the long serving former  Managing Director of ANNPLC, publishers of Tribune titles and a dogged follower of Awo in 12 calendar months.

Obafemi Awolowo, a philosopher-king who worked harder than his peers and the present corps of ill=organized and ragtag politicians, had criss-crossed every nook and cranny of the country canvassing  for votes. He was pilloried by reactionary elements that held transient political power in the country. His votes were blatantly stolen in the dark by the very cabal the Tribune latter day writers now eulogize and adulate to the highest heavens . What an irony of fate and unkindest cut on the memory of the dead!

The denial of Awo’s daughter, Dr. (Mrs) Tokunbo Ayoka Dosunmu Awolowo from flying the flag of Lagos state governorship under the defunct social Democratic Party (SDP) in the aborted third republic was indeed a set back for the progressives. Lagos was last to the conservatives with the emergence of Governor Michael Otedola led National Republic Convention (NRC) regime in Lagos.

It was an expensive mistake and a great lesson for the progressives.

This political error was eventually corrected and necessary amends diligently made with the brilliant, astute, pragmatic and visionary administration put in place by the successive former governor Bola Ahmed Tinubu led Alliance for Democracy/Afenifere (1999-2007).

To the credit of All Progressive Congress (APC) National Leader, Asiwaju Bola Tinubu and other party stalwarts, progressive party is entrenched and has taken firm root in Lagos as no political scalawag dares the party without meeting his waterloo in the state till this moment.

What an inscrutable tale of paradox for the Nigerian Tribune founded by Obafemi Awolowo, hither to revered for its truth, objectivity, fairness after the demise of the its founder and proprietor metamorphosed into strengthening a decrepit and sanguinary oligarchy and oppression in Nigeria.

While the Awolowo’s family who received the baptism of fire from the very tyrannical cabal both in the First and Second Republic Politics are still very much around having inflicted mortal and devastating blow to progressive and welfarist government in the country. May it please God in this infinite mercies to grant Awo’s dynasty wisdom  uphold the family to blossom and correct the naked travesty in the Tribune so as to enable the late sege have well deserved restful abode.

Although Chief Obafemi Awolowo is dead physically, his impeccable undying legacies still linger on and could  never be ignored inspite of the futile efforts of the aberrant erstwhile People’s Democratic Party (PDP) administrations in the South West though shortlived and their taskmaster, ex-president Olusegun Obasanjo sworn-determination to obliterate the good works and memory of the late sage.

‘How language, literature can address corruption’