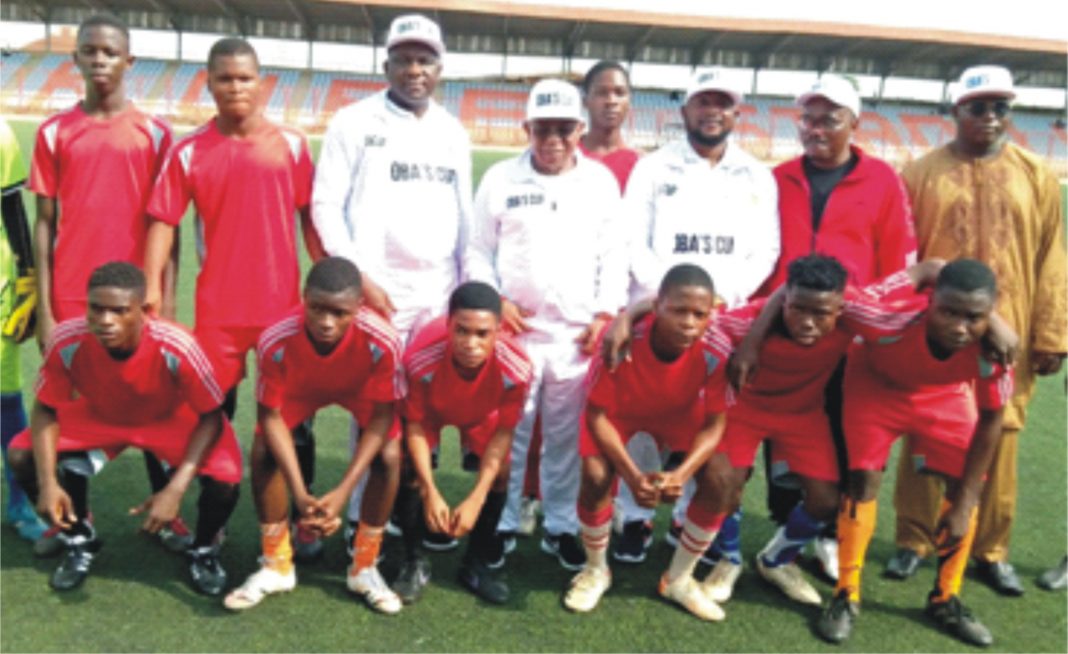 Football has been described as a veritable tool in Internally Generated Revenue (IGR), if it’s well packaged and invested on.
The Chairman of the maiden edition of the Obas’ Cup, Mr Oluwafemi Dennis Fadairo stated this at the opening ceremony of the competition held at the Ondo State Sports Complex, Akure.
He congratulated the Deji Of Akure, Oba Aladetoyinbo Ogunlade Aladelusi and the chairman of Ondo State council of Obas’ for putting his weight behind the organisers of the competition.
Fadairo said it’s a new dawn in Ondo state with this laudable football project that will unravel hidden talents across the 18 local government of the state.
He promised to sponsor the second edition of the competition, saying his vision is to positively expose our best football players to the world.
He said with this grassroots football competition, we can produce more Jay Jay Okocha, Daniel Amokashi and other world class Stars.
“I will continue to support the development of raw talents in the state ,I admonished youths to involve themselves in any sports activities like Swimming, Boxing, Athletics, Basketball and others.”
The Chairman of Ondo State council of Obas’ and Deji Of Akure Oba Aladetoyinbo Ogunlade Aladelusi commended the organisers ,the African Grassroots Football Development (AGFD) for their vision aimed at develop the round leather game from the cradle.
The Chairman of the Local Organising Committee LOC, Umar Lanre assured all the participating teams of fair treatment, saying the competition will leave up to standard.
He added that the future is bright for any player discovered at the tournament adding that the main organising body will ensure their development to stardom.
Owo Local government defeated Akure South LG 2- 0 in the exhibition match played at the opening ceremony.
Preliminary stages of the competition will kick start tomorrow.