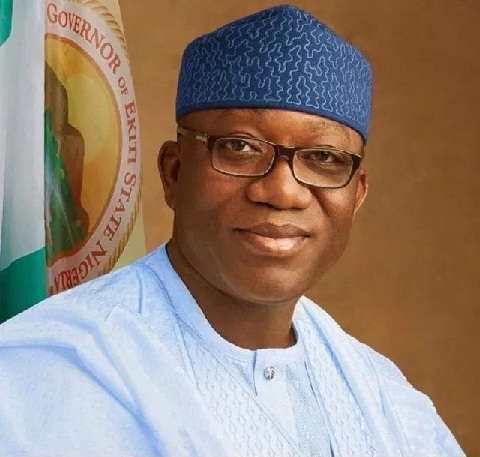 Ekiti State Governor, Dr. Kayode Fayemi, has issued a strong warning to  kingmakers and the officials of the government against corrupting the process leading to the installations of  traditional rulers in vacant traditional positions.

The Governor also called on the kingmakers to always ensure peace, decorum and unity in the process of selecting new traditional ruler.

Fayemi, represented by his deputy, Otunba Bisi Egbeyemi, spoke in Ijan-Ekiti, Gbonyin Local Government area of the state on Thursday,  during the presentation of  staff of office to the new Onijan, Oba Adebanji Aladesuyi.

The Governor disclosed that since he came to power as the Governor of the State in 2018, he has carefully and successfully installed about 26 traditional rulers, saying their ascensions were devoid of political manipulations and interferences.

He said; “I am happy that the process leading to the selection of the new Onijan was devoid of political colouration. It was a peaceful process that will bring unity. I want Kabiyesi to work harmoniously with all his subjects. You are now the chief servant  to all of them. There is a need for relative peace for social economic development of our state.

Shortly after receiving the staff of office, the elated Oba Aladesuyi, appealed to other contestants to join him in building a virile and developed  Ijan Ekiti that will be a pride of all.