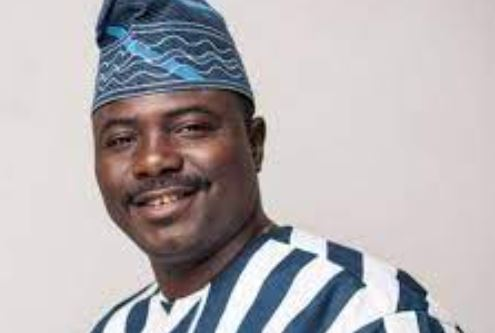 Ondo State House of Assembly has rounded off the year 2022 budget defense for Ministries, Departments and Agencies, including higher institutions in the state.
The defense started Wednesday ,November 17 with Executives of various MDAs assuring that the people of the state will have no cause to worry in the coming year, as the 2022 budget proposal when passed into law, will address the present economic realities.
In an interview with The Hope after the closing of the budget defense, the Chairman, House Committee on Finance and Appropriation, Sunday Olajide appreciated all MDAs and other stakeholders for their cooperation during the programme, noting that the Committee had a robust time with participants.
He informed that the Committee took a critical look at the budget proposal, scrutinised it ,while the MDAs shared their concerns.
Olajide who added that the Committee will go back to review the defense and wrap it up in alignment with the new template , assured that the reports will soon be submitted to the whole House for consideration.
Earlier, in an interview, the Commissioner For Finance, Wale Akinterinwa explained that the budget proposal was not just put together overnight but carefully planned to meet the yearnings of the masses.
He said that the proposed working document was expected to improve all sectors of the economy in the coming year.
The State Accountant General, Mrs Toyin Oni stressed that the office will be repositioned particularly in the area of financial management for a better service delivery in line with the State government’s fiscal plans.
Speaking, the Commandant, State Security outfit codename ‘Amotekun’, Sunday Adeleye affirmed the relative stability of the architecture in the state, noting that his men have engaged in 24 hours patrol of the major roads in collaboration with other security agencies.
While assuring that the State will be crime free with the cooperation of all and sundry,he believed that the year 2022 will be better securitywise.
The CEO, State Development, Investment and Promotion Agency,Boye Oyewumi promised that the State should be looking forward for more investment, and developmental strides inflow into the state, including revenue generation, partnership and industrialisation of the state which is their core mandate.
The Permanently Secretary, Political and Economic Affairs Department, Governor’s Office, Oladiran Olawale assured that the people will continue to enjoy good representation at all levels.
Others equally promised to work assiduously towards achieving the set goals.