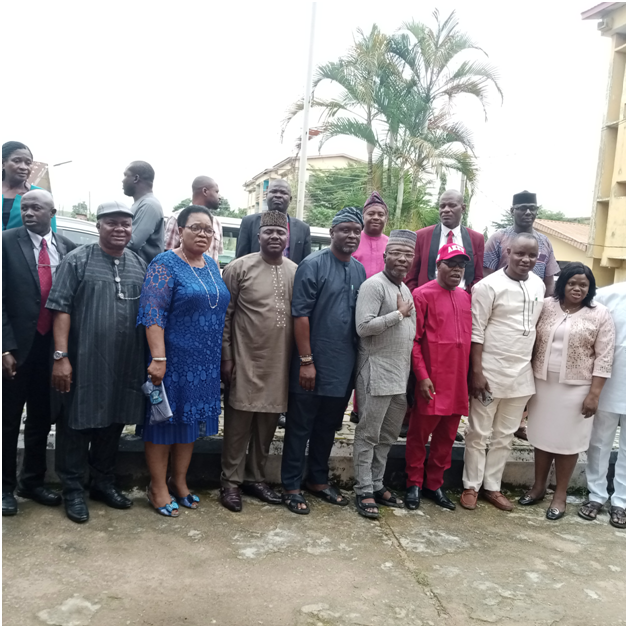 Ondo State House of Assembly has reiterated its commitment to give legislative backing towards the smooth running of local government’s administration in the State.

The Committee led by its Chairman, Dr Adeyemi Olayemi who commended the Management of the Commission for the work done so far and enjoined them to look inward at generating more income and revenue to further strengthen the system.

The Chairman who directed the commission to furnish and submit documents to the committee on budget performance, Staff strength, update on pension of retirees, mode of transfer of Staff among others called for a robust relationship at intervals among them.

The Lawmakers said local government autonomy is a burning issue that needs a lot of re -orientation and education to make it work effectively, noting that the Commission as a stakeholder must be ready to give adequate information on the autonomy,as decision to be taken must be people- oriented.

Earlier, the Chairman of the Commission, Mr Femi ldris acknowledged the support of the Committee towards the growth of the local governments.

While reeling out the activities and challenges of the commission to the Lawmakers,he affirmed that the Management has been doing its best in line with the vision of the present administration to achieve the set goal.

According to him, the commission has taken a bold step in reducing truancy among workers while it will soon provide register to each head of department for workers, to sign in and out daily for effective supervision of attendance.

The Chairman told the committee that the middle level positions in the local governments are becoming vacant hence, fresh hands are required to fill the gap.

Mr Idris who said that the visit will no doubt add value to the system, sought for more support of the committee to further move the sector forward.