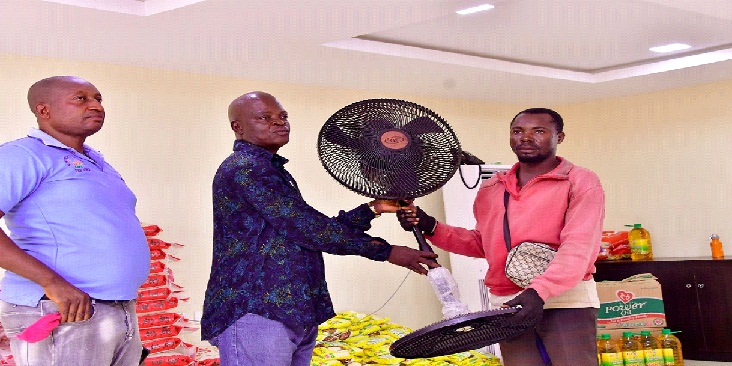 In a bid to further encourage commercial motorcyclists in the State, the Ondo State Internal Revenue Services (ODIRS) has compensated them .

The compensation was a reward for payment of taxes, purchase of tickets from October 17 to December 13, 2022, documentation at ODIRS office with the star winner going home with a brand new motor cycle.

Speaking through his deputy, the state  governor, Oluwarotimi Akeredolu appreciated the okada riders in the daily purchase of tickets and other charges, noting that the compensation  a token of government’s appreciation.

The state Chairman, ODIRS, Mr Tolu Adegbie noted that the exercise was  an  appreciation for the compliance of okada riders to the payment of tax .

“The various infrastructural developments in the state would not have been possible without your support and collaboration. With your money, several developments have taken place across the 18 local government areas of Ondo State in terms of road constructions and rehabilitation.

“Moreover, we also launched the ODIRS customized water and distributed to some primary schools in Ondo State. These are just few out of the numerous achievements of this administration.

Other prices won include: bags of rice, parks of  vegetable oil, semovita, packs of juice amongst others.

The star price winner, Samuel Temitope appreciated ODIRS and the Ondo State government for their commitment in making life better for the masses.