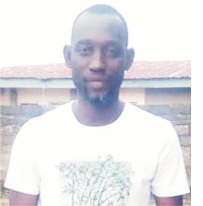 In a release made available to newsmen by the club’s Media Officer, Segun Giwa the new Manager is to be assisted by former Rising Stars Captain,  Abiodun Kehinde.

Untill Folarin’s appointment he was the Assistant Coach II of the State Premier League Side, Sunshine Stars FC.

He was also the head coach of Gray International FC of Ede and former Assistant Team Manager of Rising Stars.

Folarin, a former player of Gray FC, was part of the team that promoted Rising Stars to the Nigeria Premier League in 2011.

According to him, I would ensure that Rising Stars is promoted to the Nigeria National League (NNL) in the coming season.

Rising Stars currently campaign in the Nationwide League One (NLO).

Recalled that the former Manager of the team, Seun Betiku, has resently elevated to the State Female Premier League Side, Sunshine Queens as their new Team Manager.