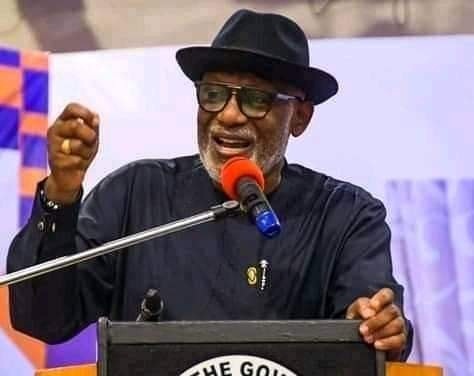 Determined to up scale the current infrastructural development across the state, the Ondo state Executive Council yesterday awarded N7.4bn infrastructural projects in the state.
The projects included the 32km Alape/Araromi Seaside road in Ilaje local government area and the 20km Agadagba-Obon/New Ajapa road in Ese-Odo local government area, all in the Southern senatorial district of the state.
Other contracts awarded for execution are th Treasury House ( Office Complex of the state Accountant-General) which had been abandoned since 2014 as well as the state House of Assembly Complex.
Briefing journalists in Akure shortly after the State Executive Council meeting, the Commissioner for Information and Orientation, Mr. Donald Ojogo, said the newly awarded projects clearly dispelled insinuations that Governor Akeredolu would not do much during his second term in office.
The state image maker added that Akeredolu led administration would not relent in its determination to emplace good governance and execute life changing projects that would further put smiles on the faces of the citizenry throughout his second tenure.
The Special Adviser to the Governor on Land and Infrastructure, Engr. Raimi Aminu, said the total cost of the four projects is N7.4bn.
He said the 32km Alape/Araromi Seaside road would be completed within the period of 18 months without compromising standard and quality, while the 20km Agadagba-Obon/New Ajapa road would be constructed within the next 24months.
Engr. Aminu further disclosed that the construction of the state House of Assembly Complex would be completed in 8months, just as the Office Complex of the state Accountant-General is expected to be completed in 20 months.
Also speaking, the Acting Commissioner for health, Dr. Jibayo Adeyeye disclosed that the State Executive Council has now made it mandatory for civil servants and other visitors to government offices across the state to wear face masks before entering the offices.
He explained that the measure was to prevent further spread of COVID-19 pandemic in the state.
Adeyeye also added that the new testing Laboratory at the Isolation Centre in Akure is now ready for use and would test 300 to 400 samples per day, apart from other molecular labs.
He further revealed that nine general hospitals have been identified as Isolation Centres for COVID- 19 patients in the state, even as he advised the public to take responsibility by observing all protocols for COVID-19 prevention.
Also, the Commissioners for Local government and Chieftaincy Affairs, Deaconess Lola Fagbemi, disclosed that Governor Akeredolu has approved upward review of Land Use Charge acruable to local governments from 20% to 30% to further improve grassroots development.
She equally added the local governments would immediately embark on massive clearing of bush along the roads in the rural communities to further stem the tide of insecurity at the local government levels.
She also disclosed that government would soon take delivery of 18 caterpillars which would also be used to open up rural roads across the 18 local government areas to boost agriculture and increase food production in the state.