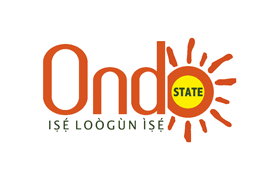 By Kemi Olatunde
|
In an attempt to proffer lasting solution to the fire outbreak at Ojumole oil well in Ilaje Local Government Area which has been burning for over thirty five days, Commissioner for Environment, Mr Funso Esan has said that the ministry has began the  pollution assessment of the area to know the extent of damage and mitigation measures.

He made this known during a stakeholders meeting with Chevron, Ministry of Environment and Communities representatives in Akure, the state capital.

According to him, the Ministry would not relent in its effort in ensuring that Chevron Nigeria Limited do the needful to put out  the fire.

The is in line with the Ondo State Governor, Arakunrin Oluwarotimi Akeredolu’s directive that the Ministry of Environment carry out Pollution assessment of the affected communities.

It would be recalled that the Ondo State House of Assembly  summoned Chevron Nigeria Limited and compelled the company to put out the fire for the safety of people living in the affected communities.

At the public hearing comprising Chevron, Ministry of Environment and representatives of communities affected by the inferno, the state lawmakers pleaded with Chevron to focus mostly on the safety of the people and plan towards cushioning the after effect of the fire.

Representative of the affected communities, Dr. Akin Akinruntan who spoke extensively on the health hazard already incurred by people in the area, demanded that Chevron  relocate the people of Ojumole, put out the fire as soon as possible, clean up the area without delay and pay them compensation to the tune of 2.5billion dollars.

Chevron representative who is also the General Manager, Policy Government and Public Affairs, Africa Business Unit, Mr. Esimaje Brikinn who said experts have been flown in from the United States to kill the well, promised that the company would meet with leaders of the communities for necessary actions.

It was gathered that the facilities at Ojumole have been inactive since the Ijaw/Ilaje crisis in 1998 and every attempt to make Chevron re-open and secure the facilities has not been successful.

This has made the area vulnerable to oil bunkering activities, thereby resulting into oil spillages.