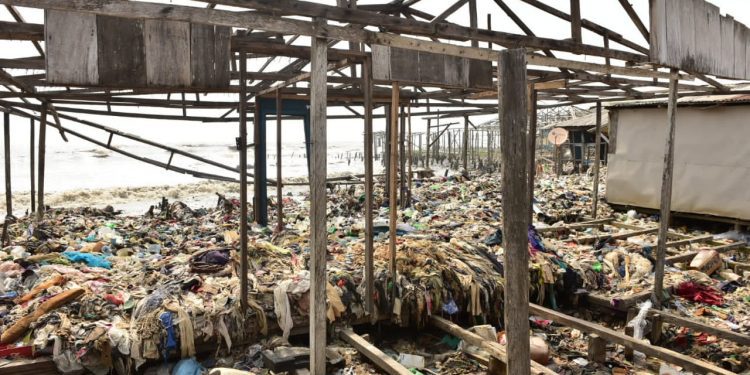 Ondo State Deputy Governor, Mr. Lucky Aiyedatiwa has led the State committee members saddled with the responsibility of looking into the Ayetoro sea incursion and other affected areas to the riverine communities in Ilaje Local Government Area.

Aiyedatiwa as the chairman of the committee set up by Ondo State Governor, Oluwarotimi Akeredolu was accompanied on the visit by other committee members including, Commissioner of Finance, Mr. Wale Akinterinwa, Commissioner of Local Government and Chieftaincy Affairs, Mr. Amidu Takuro, Commissioner of Mineral Resources, Mines and Energy, Mr. Rasaq Obe.

During the visit, the Deputy Governor said he and his team would dissect the ocean surge, make recommendations on how to halt the destruction, and work out a comprehensive solution to the menace.

According to him, they are there to resolve the environmental challenges faced by the people, saying “the State is committed to fighting the ocean surge and other environmental crises around the area”.

Aiyedatiwa further assured that the state through the committee and its relevant agencies are looking critically at finding a lasting solution to the surge.

He said the danger posed by the ocean surge was real, adding that everyone must join hands to address it.

“All of us have seen that it is something we need to unite and work together to fight”, he said.