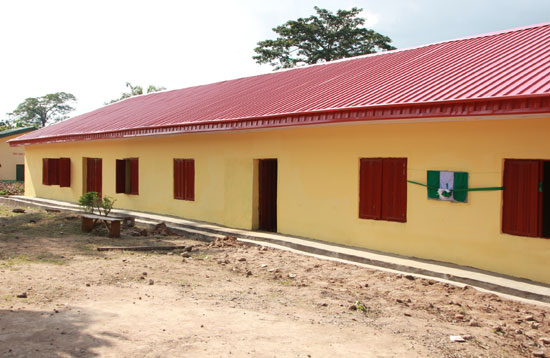 This was made know in a book titled “Vision Aketi” presented by the Team Akeredolu at the inauguration ceremony of the state executive of National Traders and Market Leader Council of Nigeria, (NATMLAC) Ondo State Chapter, led by Chief Mrs Iwalola Adefemiwa at the weekend in Akure.

At the ceremony with many dignitaries including the National President of the Association, Chief Mrs Aina Wale Osho, traditional rulers across the state, members of the Ondo State Executive Council among others, Chairman of Ondo State Universal Basic Education Board (SUBEB), Chief Mrs Oladunni Odu presented the book to the large audience.

The ceremony also witnessed presentation of Governor Oluwarotimi Akeredolu-led administration’s achievements in all sectors such as Health, Infrastructure, Empowerment, Agriculture and Education among others.

Speaking at the occasion, Ondo State Governor, Arakunrin Oluwarotimi Akeredolu SAN, assured that his administration will not rest on its oars in delivering the dividends of democracy to the people of Ondo State.

Represented by the Secretary to the State Government, Hon Ifedayo Abegunde, Akeredolu assured of his administration’s determination to ensure that all benefits entitled to by the NATMLAC will get to them, particularly micro credit facilities.

In her message at the ceremony, National President of the Association, Chief Mrs Wale Osho commended the leadership qualities of Governor Oluwarotimi Akeredolu SAN.

She charged the new executive to be loyal and supportive to the administration of Governor Akeredolu as she promised that the National body of the association will do everything possible to assist the Ondo State chapter.

“My fellow people, please be loyal and supportive to the administration of our amiable Governor, Arakunrin Oluwarotimi Akeredolu SAN, at all times. I want to assure you on behalf of myself, members of the National Working Committee and other respected members of the association that we shall do our utmost best to assist you in all your future challenges come sun or rain. “

Welcoming guests to the occasion, State Secretary of the Association, Chief Mrs M. B. Giwa, who commended the giant strides of Governor Akeredolu, enjoined the governor to use his good offices to right the wrong that has bedeviled the association in the past.

Responding, the new Iyalaje/Iyaloja of Ondo State, Chief Mrs Iwalola Adefemiwa assured that she will justify the confidence reposed in her.