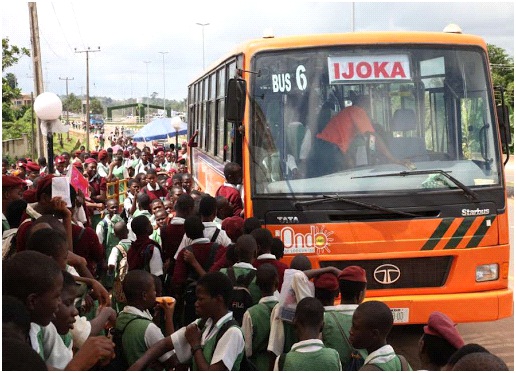 The Ondo State Government has debunked the rumour that students’ free shuttle buses in the state have been abandoned by the Akeredolu administration.
The Secretary to Ondo State Government (SSG), Princess Oladunni Odu debunked the rumour during a press conference to reel out programmes to mark the 100 days of Governor Akeredolu second term in office.
She said that the buses were not operational because the buses, having been used for many years, developed faults while many of them had broken down.
Odu said, “ We all know that the buses were working very well but sometimes, like every machine, they break down and we are looking into it and trying to fix them.”
The Free shuttle buses stopped last year, a development that had generated reactions among members of the public, students and parents in the state.
Because of this many parents in the state have relocated their children to schools close to their houses.
The SSG during the briefing highlighted that governor Akeredolu would inaugurate many projects across the state to mark his 100 days in office.
She noted that though few of the projects were carried over to Akeredolu’s second term in office, many others were the ones executed in the last 100 days.
Award of bursary to about 7,000 students in the state and distribution of SDGs Handbooks to the pupils in primary 4-6 in public primary schools are among the various projects to be commissioned.