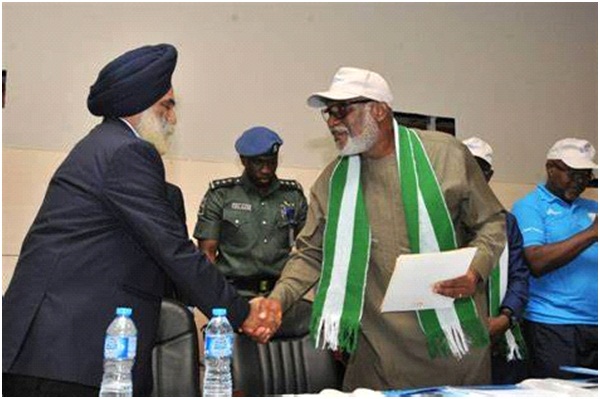 The Secretary to the Ondo State Government (SSG), Princess Oladunni Odu, has declared that the state government would continue to drive business, investment and development through transparency and open government policy.

According to her, Governor Oluwarotimi Akeredolu-led administration would provide full disclosure of what the government is doing with public funds, budget preparation, procurement and implementation.

She said this while signing a Memorandum of Understanding (MoU) on behalf of the state government with BudgiT Foundation in Akure.

The SSG explained that it was done to further ensure open budget and budget credibility for better service delivery.

BudgiT Foundation is a civic organisation that applies technology for citizen engagement with institutional improvement to facilitate societal change. It focuses on national and sub-nationals maintaining an open budget.

Speaking after signing the documents, the SSG added that the purpose of the contract signing was to showcase the transparency of the present administration in the utilisation of public funds and service delivery to the people.

She emphasised that the new development is part of the transformation plans of Governor Akeredolu to ensure that everyone in the state has opportunity of discussing what goes on in government and giving feedback on it.

The Director General of Performance and Projects Implementation and Monitoring Unit (PPIMU), Babajide Akeredolu, said BudgIT Foundation is an open governance initiative to make the budget transparent and accessible to the citizenry.

He said one of the primary reasons the state government is partnering with the foundation is to track the state’s budget to further ensure budget transparency and accessibility to the citizenry.

Babajide disclosed that government’s collaboration with the Foundation would further ease project tracking and implementation for operational efficiency.

The Commissioner for Budget and Economic Planning, Pastor Emmanuel Igbasan, said the partnership would open new windows of opportunity for the state to further meet its developmental agenda and also craft a credible budget.

Igbasan informed the foundation that the state government is open and transparent with data integrity.