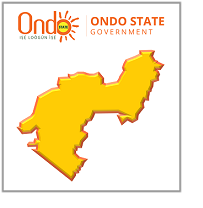 From Jimoh Ahmed, Ado-Ekiti
|
The fumigation of markets, parks and other public places continued yesterday as the team visited Oba  Akoko and Akungba Akoko markets in Akoko Southwest local government of Ondo States.

Governor Rotimi Akeredolu of Ondo State  had ordered the immediate fumigation of motor parks,market places and other public places in the area as  part of proactive measures to contain the spread of covid 19 otherwise known as corona virus in the state.

Our correspondent who monitored the exercise noted that residents of the  community were delighted about the  exercise.The team  consisted of environmental officials, the police, the a ,civil defence, FRSC and other para- military personnel.

Chief Seriki Awesu from Akungba Akoko gave kudos to Akeredolu led administration on efforts  made Governor  to contain the spread of the pandemic in the  state.

The retired educationists urged government to quickly provide palliative measures for the less privileged and the elderly in the society to  cushion the effects of stay- at -home that is on  going on .

The Director of Environmental Services in Akoko North East Local Government Area of Ondo state, Mrs Yemisi Adeniyi, explained that the exercise was part of Governor  Akeredolu’s  concern for the people.

She advised the people to embark on frequent hand washing and improve more on regular personal hygiene.

Meanwhile, our correspondent observed that the towns where the fumigation  was taking place , markets and shops remained closed down, thereby paralysing the economic activities.

At Ikare Akoko residents were indoor because of the fumigation thinking it is injurious to their health whike banks also remained closed for the second  day running in Akoko area of the state.