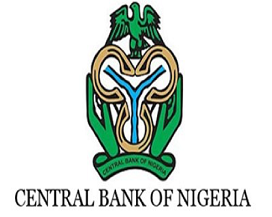 By Adekola Afolabi
|
Ondo State government has accessed N2b loan for youths empowerment, land clearing and other agricultural development projects across the state.

Governor Akeredolu made the disclosure at the flag-off of year 2019 agricultural season held at Mariwo farm settlement in Ifedore Local Government area of the state.

The governor assured farmers that the Central Bank of Nigeria, CBN, loan under Commercial Agricultural Credit Scheme (CACs) would be used for the purpose it was meant to serve.

Akeredolu insisted that the current food situation in the state could be improved upon if mechanized farming was embraced as a catalyst for conquering hunger and unemployment through massive food production.

The governor noted that part of his administration’s policies and programmes initiated to assist farmers and generate employment included the establishment of modern agricultural village at Jugbere, Owo Local Government area where 500 farmers would be engaged on a four hectares of cocoa plantation each.

It also included raising and distribution of 500, 000 cocoa and 250,000 cashew seedlings to farmers to further boost cocoa and cashew production in the state. “Government has also conducted arrangement to distribute additional 100,000 cocoa seedlings for year 2019 planting season.

Akeredolu further said the state’s dependance on earnings from the agricultural sector would likely continue for a long time.

The governor warned individuals that encroached on farm settlement lands across the state, and those engaged in illegal sale of portions of the land to desist or face the full weight of the law.

Earlier, the state Commissioner for Agriculture, Adegboyega Adefarati, lauded governor Akeredolu for his  commitment to youths empowerment and agricultural development in the state.

He explained that the erratic trend of rainfall this year actually called for great sensitization of farmers, particularly, arable crop farmers, to avoid waste of meager resources, saying the Ministry would embark on a lot of sensitization both on radio and television and urged farmers to plan their farming activities along the line of sensitization.