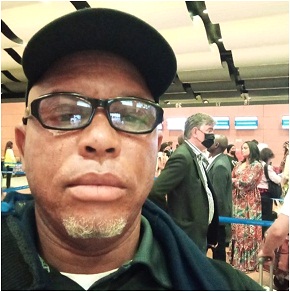 The General Manager of Ondo State Sports Council, Mr Henry Babatunde has revealed that it’s the state government that is responsible for the discovery, nurturing and the development of athletes in the state.

He said there was never a time the government abandoned or failed to take responsibility for the sponsorship of athletes to any competitions either in Nigeria or oversea when it requires their sponsorship.

Babatunde added that over 200 athletes are on the state government payroll receiving allowances as when due, adding that some of them are full fledged civil servants with retirement benefits.

The General Manager in a chat with Sporting Hope disclosed that it’s the Ondo State government that is sponsoring athletes to any of their calendarised competitions.

He said: “Ondo State Government since the creation of the state has been paying for all the traveling expenses of athletes at all National Championship within and outside the state, the records are there.”

“It’s unfair for some people to take to the social media and be saying state government abandoned them and that they were not doing anything for the athletes.”

“All the athletes celebrated today were discovered, nurtured, trained with state’s facilities by coaches paid by Ondo State government and they were also projected to the national from the state.”

“We sponsored both Elite and Amateur to competitions, including those that have participated in Olympics and commonwealth games, we are still sponsoring them to competition. Before they became famous, some people are responsible for their training here in Ondo State.”

He explained that all the championship that the state’s athletes take part in the country are being sponsor by the state government.

He noted that accessing funds may some times be delayed due to government bureaucracy, but as soon as they come back from such competitions, they get refunded.

“We also have some situations where individuals, philanthropists and their associations feel the need to join hands with government to develop sports and they will take responsibility for sponsoring them to competitions.”

“As an athlete that rose to the level of General Manager with over 33 years in the council, I have never seen or heard of athletes sponsoring themselves to competitions within or outside the country.”