The Ondo State Government at its first Executive Council meeting on January 13,  directed the Ministry of Physical Planning and Urban Development to commence immediate auditing of Gas and Petrol stations across the state.

THE Commissioner in the Ministry, Farsi Olotu,  stated that Council  expressed great concern over the issue of indiscriminate siting  of petrol stations across the state, particularly within residential areas because of its attendant effect. Consequently, it  directed the ministry to, within three weeks, undertake inventory of all filling stations in the state, while it ordered that no approval should be given for the establishment of new stations until the completion of the exercise.

THE Hope lauds the unanimous decision and move of the government  in checkmating the activities of the dealers, which we believe is geared  towards safeguarding  the lives and properties of the citizens. Though this is not the first time  the government would take this step, successive governments had not exhibited enough political will to implement the directive. Because most of the highly placed  individuals own the stations a nd as a result, more filling stations are sited indiscriminately in locations close to homes, and workplace of individuals,.

IN  2018,  the state government also faulted the siting  of gas and petrol stations within residential areas. The then Commissioner for Physical Planning and Urban Development, Alhaji Rasheed Badmus, in an interview with The Hope stated that before approval could be given to gas or filling stations, such must not be within residential area but a commercial area or outskirts of the town in order to minimize the incidence of fire outbreaks.

HOWEVER, the directive was not fully implemented.We, therefore reiterate that to achieve the aim of the recent auditing, the government needs dogged determination  by ensuring transparency, objectivity and  zero tolerance for corruption . It should exercise political will, thereby ensuring that the exercise should  not be restricted to not granting license but also withdrawing licenses  granted in error in the past

THE  health hazards associated with petrol stations built close to each other  include the leaking of underground storage tank (UST) which can contaminate ground water, fire hazard evoked by aromatic compound concentration and traffic jam due to vehicle queue to access petrol stations. The Hope also notes that the high concentrations of both gas and petrol stations in residential areas have resulted  into water and land  pollution, fire outbreak and explosions which is dangerous to the environment and overall health or even  cause death to the people living in the area.

SOMETIMES  in 2019, Marketers of Liquefied Petroleum Gas (LPG) under the aegis of Nigerian Association of Liquefied Petroleum Gas Marketers (NALPGAM), had raised safety concerns over the indiscriminate installation of gas skids (gas plants) in filling stations across the country, saying, such poses great danger to the nation and is against global standards for LPG marketing.

THEY called on the Department of Petroleum Resources (DPR) to ensure compliance before issuing licence to would-be gas plant operators. The Hope reiterates again that indiscriminate siting  of gas and petroleum stations is a time bomb. Hence we charge the Ministry of Physical Planning and Urban Development to advocate and work closely with the DPR to go round and stop further positioning of these facilities.

THE  DPR is a federal agency that regulates the business of dealing in petroleum products in any part of Nigeria. The DPR has a guideline on how to setup and run a filling station, including; Premium Motor Spirit (PMS) popularly known as petrol and Liquefied Petroleum Gas (Gas) amongst others . The guidelines and roles of DPR are mandatory and violating them is criminal offence punishable with life imprisonment for any person to deal, package, hawk, sell or trade on petroleum or petroleum products without license.

WE, therefore call on this agency to ensure that prospective gas or petrol dealers meet the requirements.

MORE  importantly, residents should be bold enough to challenge the process when they observe any gas or petrol station is to be sited in their community. This is because they are at the receiving end in case of any disaster. They should request for approval of the station and vehemently challenge any attempt to establish such facility illegally so as to ensure the protection of their lives and properties . 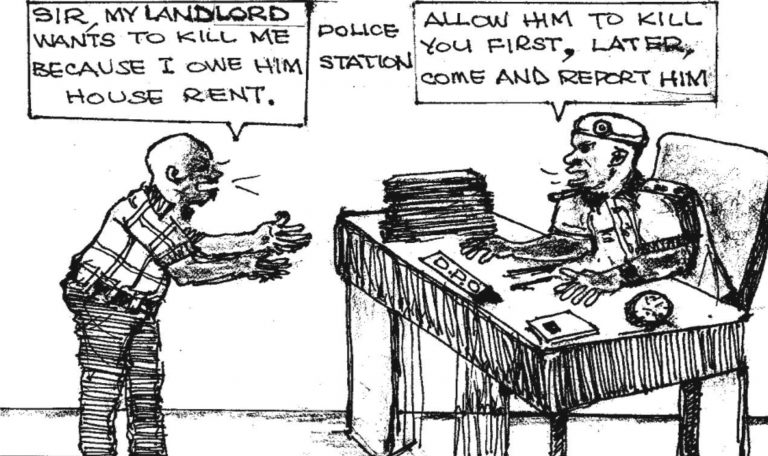