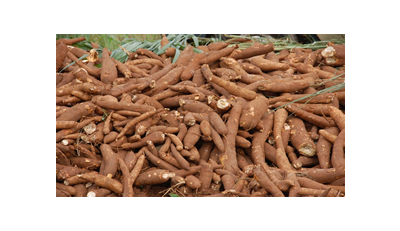 IT is heartwarming that the Ondo State Government in partnership with the Nigerian National Petroleum Corporation (NNPC) is about to begin the much-touted cassava-ethanol project in the Northern part of the state.

THIS follows the Memorandum of Understanding signed by both partners last year at the NNPC Towers in Abuja.

ACCORDING to the Special Adviser to the State Governor on Development and Investment, Mr. Boye Oyewumi, the project is about to kick-off with Obax Worldwide Limited and Complant, a Chinese company coming into the picture. It is also that the NNPC team has been on ground to assess the terrain of the project and dialogue with members of the host community.

NEEDLESS to say, Nigeria is the largest producer of cassava in the world, producing about 40 million tonnes of the crop, which gives the nation a leading opportunity for ethanol production.

THIS is because cassava is one of the richest fermentable substances for the production of crude alcohol /ethanol.

NOT only is the alcohol free from all types of odour, but it is also not harmful to the environment, enabling the production of the best quality of the product.

WITH a population of over 165 million people and an annual estimated population growth rate of 5.7% per annum, Nigeria has a large population to leverage on for ethanol consumption.

IT is therefore not surprising that the estimated domestic demand for ethanol has been put at 200 million litres annually.

SURE enough, a plant producing ethanol has lots of by-products, including but not limited to fuel, aromatic water, carbon dioxide and others.

THE by-products of an ethanol- producing plant can be used in the food, oil, and chemical industries.

IN time, the proposed Okeluse Cassava- Ethanol project could prove one of the most significant and engaging ways of turning the state from a civil service environment to an industrialized one.

ACCORDING to the group Managing Director of the NNPC last year, the entire initiative is worth 175 million dollars and would employ over one million Nigerians in both direct and indirect jobs on its completion.

WE learned that 12,000 direct jobs would be provided by the initiative, with over 700,000 farmers slated to be engaged by it.

THE multiplier effect on the economy of the state is mind-boggling, which is why we commend the state government, NNPC, Complant and Obax worldwide for taking concrete steps to kick-start this very important project.

HAVING said this, we commend the project partners and advise them to continue carrying along the community members as project implementation commences.

IT is just the catalyst that would prevent disaffection from community members, especially when it comes to recruiting and environmental concerns.

WE appeal to Complant to carry out its part of the project by conducting the best research possible for ultimate success.

THE host community should extend a high-level of hospitality to partners during project implementation so that they would be encouraged to work and deliver the project on time.

WE understand the project is an outcome of the maiden Ondo State Investment Forum held last year under the auspices of the Presidential Economic Diversification Initiative (PEDI).

WE appeal to the state government to hold more of such fora so that other natural resources of the state could be identified to create employment opportunities for our people.