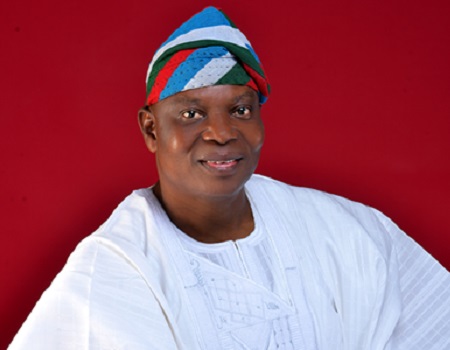 The Chairman of Ondo State Universal Basic Education Board, Mr  Victor Olabimtan has charged Akoko sons and daughters to form a common front for the development of Akoko land.

The patron of  Akoko Sons and Daughters  stated this while delivering his keynote address at the annual Get Together and Presentation of Award Ceremony to distinguished men and women of proven characters and  integrity held at NLC hall in Akure, the Ondo state capital.

He said it was pertinent for  indigenes of Akoko  to come together in unity to rescue the area from underdevelopment.

The former Speaker of Ondo State House of Assembly added that Akoko constitutes the majority in the Local Government Service, adding that they must use their strength in lending helping hands to one another .

He said: “We have educated sons and daughters of Akoko in all sectors. So it’s time for us to use our education for the good of Akoko. Let us be our brothers’ keeper, let us support ourselves, you don’t have to be governor or president before you can help people.”

Also speaking at the event, the Ondo State Head of Service, Pastor Kayode Ogundele said he was happy to be in the midst of his people.

Ogundele charged all the sons and daughters of Akoko in service to be upright and remain focus, saying they must not be found wanting of any wrong doing.

The Chairperson of Akoko Sons and Daughters , Mrs Adenike Ogunsola in her welcome address, said the association would help in promoting  Akoko belief, cultural heritage and create unity.

Ogunsola added that the association  would also be used to ginger ,promote and elevate Akoko’s image and status through the collective efforts of all Akoko indigenes in Local Government Service and for over all development of the area.

She commended the State Governor, Arakunrin Oluwarotimi Akeredolu SAN on the dualisation of Ikare township road,

Other speakers at the event also harped on the need for the indigenes of Akoko to work together as one entity to develop the area.