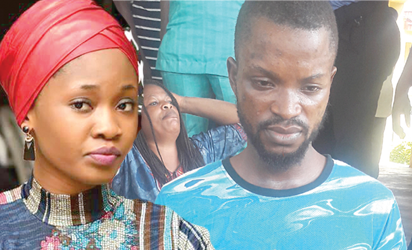 By Sunmola Olowookere
|
A High Court of Justice sitting in Akure will today deliver judgement in the murder case of  Khadijat Oluboyo, the daughter of the former deputy governor of Ondo state, Alhaji Lasisi Oluboyo.

It would be recalled that in July last year, the deceased was killed and  buried in the accused person’s room six days after she was declared missing.

The secret was exposed when the accused’s younger brother whom he confided in was directed by their father to report the case to the police.

The case commenced  the following month after the police who arrested the deceased’s boyfriend had concluded its investigations into the case.

The boyfriend throughout the trial maintained that certain people killed Khadijat in his room and forced him to bury her while threatening to wipe out his family if he  disclose the sordid details.

The trial judge following the trial had reserved March 27, 2019 for judgement in the case.