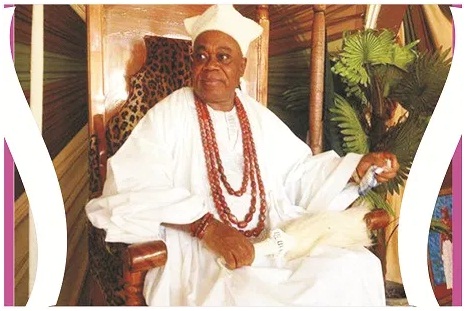 Ekiti State Council of Traditional Rulers has commiserated with its counterpart in Ondo State, the government and the entire people of the state over the shocking and dastardly killing of the Olufon of Ifon, Oba Adegoke Adeusi.
The Chairman of Ekiti State Council of Traditional Rulers and the Alawe of Ilawe Ekiti, Oba Adebanji Alabi, who spoke on Sunday in Ado-Ekiti on behalf of his colleagues, also consoled members of the immediate family of the late Olufon, praying to God to grant them the fortitude to bear this great loss.
Oba Alabi said that it was unfortunate and painful that the late monarch was killed by unknown gunmen while on his way to his domain after an official engagement and prayed that God will grant his soul eternal rest.
The Chairman of Ekiti monarchs described this ugly development as worrisome and injurious to the tradition and customs of Yoruba land.
He noted that the death of the late Olufon has further buttressed and exemplified the point that the issue of insecurity should be handled with the seriousness it deserves.
He called on the federal and state governments to further increase adequate air and land surveillance, saying the move would enable the security agents to know the hideouts of the criminals for appropriate action.
Also, Oba Alabi called on all Nigerians to be security conscious and be ready at all times to support government in the onerous task of ensuring security in their various domains.
“The time is now for Amotekun to commence its operational phase throughout the South West geopolitical zone.
“As a panacea for insecurity in the zone, especially during this season of yuletide, there should be routine patrol of towns and villages, for security of lives and properties of residents” he stated.