Omu: Where rearing of sheep, duck, pigs are forbidden 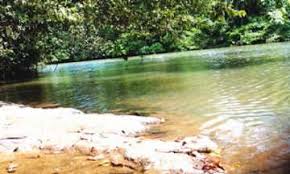 Omu is highly traditional in nature, despite its closeness to  Akure, the State Capital, there are still some belief  they hold on to till date.

According to Chief Idowu Falokun, a community leader, Omu community was established over 200 years ago by a man called Asekutu. He said the community was named after a river called Omu. Falokun who  spoke with Community Hope said after a long search for water to drink by Asekutu and his people who were traveling from  a distance land in search of where to settle, they found this river,  they all drank and slept off due to fatigue. He said after they woke up they moved round the area and named their settlement after the river”Omu”.

For the role the river played in their lives, they worship the  goddess of the river called Olokun, they guard the river   jealously to prevent anything that can pollute it  from getting to the site of the river.

The community leader said, that was the reason why rearing of  domestic   animals that may likely pollute the river are forbidden, animals like pigs, ducks and other related animals.

“A day is set aside in the year when we worship the goddess of this river because all the  good things happening in this community is the  handing work  of  Olokun goddess.

“The Strange  thing about this river is that it does not dry no matter  how long the dry season may be” Falokun said.

The river, according to him, is the only means of water supply, both for drinking and for other domestic uses, in spite  of the fact that the water is multi-purpose, ever since the  establishment of the town,  there has never been a case of water related  disease  in the  area.

“It is Olokun the goddess of the river that  purifies, “Falokun enthused. He therefore urged the   Agency that is in charge of Kamomi Aketi Water Scheme to remember them  in Omu community, he said they also want to benefit from Arakunrin Oluwarotimi Akeredolu’s water project.

The people  of Omu have no other occupation than farming. They produce Cocoa and Kola nut in large quantities. Omu community is among the largest producers of cocoa in Akure South Local Government Area of Ondo State .

The people of Omu are very  accommodating. Despite the  fact that there is no tribe in Nigeria that is not in Omu, there has never been a case of ethnic  clash in the area. Some of the ethnic group in the area are Calabar, Igbo, Gara,  Idoma, Ebira, Benue and many others.

“Apart from  pigs  and Ducks that are forbidden in the area, rearing of Sheep in omu is also forbidden  because Olokun goddess detests sheep and as such anything it does not like, we do everything  within our power to avoid it,  sheep as domestic animal harbours evil”, he explained.

In Omu any cock that crows by 7.00pm will be killed at the spot where it crows. Explaining the reason for this Falokun said for  a cock to crow at that time of the day is a bad omen, and for that evil to be averted, the blood of the cock  must be used as sacrifice, but if the cock is spared that evil will happen, but if killed the evil is averted.

“Superstitious as it may  look,  many young men and women have died for failure to kill such cock at the spot, that is why we can not stop killing any cock that crows in such hour, ” he said.

Falokun attributed  the reasons for voters collecting money as high level of poverty and any see  the money as benefit they can  derive from politicians.

He appealed to the people of  the area and the state in general not to  sell their future.”your vote is your future” Falokun said.