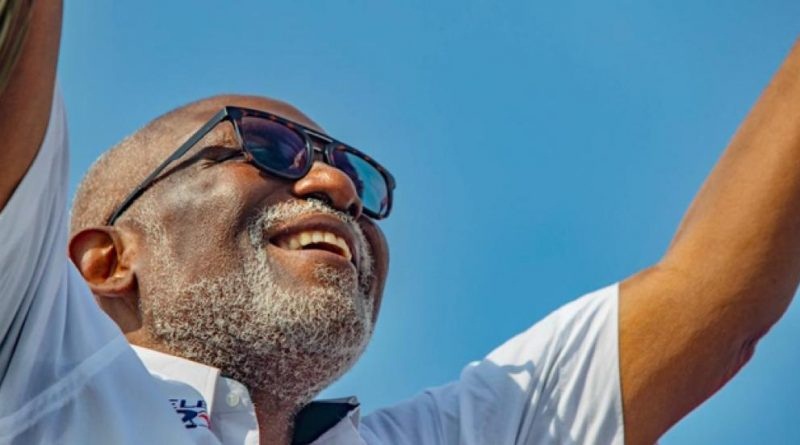 Ondo State Governorship National Campaign Council chaired by the Governor of Lagos State, Babajide Sanwo-Olu has congratulated Arakunrin Oluwarotimi Akeredolu on his landslide victory at the just concluded gubernatorial election.
“Governor Akeredolu’s reelection is indeed testament to the inclusiveness, genuine reconciliation and peace the Governor Mai Mala Buni-led APC Caretaker Committee has ensured among party ranks in Ondo State, other chapters and the party in general.
“The election is concluded, the people have decided and there is no vanquished. We seek general support for Governor Akeredolu as he continues his work to return the Sunshine State to its deserved and progressive standing among states in the country.
Similarly, President of the Senate, Ahmad Lawan congratulated Akeredolu on his reelection to a second term at Saturday’s election.
Lawan also congratulated the All Progressives Congress, (APC) on the victory of its candidate at the election, saying the triumph is well-deserved and heartwarming.
He noted that the election was a referendum on the stewardship of Governor Akeredolu in the last four years adding that the Governor has passed the examination in flying colours.
The Senate President commended the people of Ondo State for their peaceful conduct at the poll, which has demonstrated their confidence in their country’s democratic process.
The Osun State Governor, Gboyega Adegboyega Oyetola equally congratulated his Ondo State counterpart, Arakunrin Oliwarotimi Akeredolu, on his re-election as governor of the Sunshine State, noting that his victory did not come as a surprise.
He described the victory as not only sweet but one that is well deserved.
Oyetola who is also a member of the National Caretaker Committee of the All Progressives Congress, APC, and Chairman, Contact and Mobilisation for Ondo Governorship National Campaign Council, also congratulated President Muhammadu Buhari, national leaders of the party, members and supporters of the party on Governor Akeredolu’s victory at the poll.
Also the Kogi State Governor, Yahaya Bello congratulated Rotimi Akeredolu on his victory at the poll.
Governor Bello who was part of the APC campaign committee that canvassed for votes in the state commended INEC, security agencies and other stakeholders who worked to make the electoral process successful.
In a related development, Governor Muhammadu Inuwa Yahaya of Gombe State has congratulated his Ondo State counterpart, Mr. Oluwarotimi Akeredolu, on his victory in the October 10 governorship election in the state.
In a statement signed by his Senior Special Assistant (Media and Publicity), Ismaila Uba Misilli, Governor Inuwa Yahaya described the landslide victory of Akeredolu and the governing All Progressives Congress (APC) as a validation of people’s trust and confidence in the party and the Governor’s leadership.