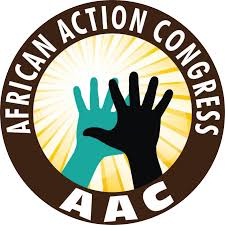 The newly elected candidate of the African Action Congress (AAC) for the October 10, gubernatorial election in Ondo State, Mr Samuel Tope Omotoso, has expressed his commitment to lifting the burden of the masses if elected as governor.
He stated this while speaking with journalists shortly after he was declared winner of the indirect primary election of the party held in Akure at the weekend.
Omotoso who thanked the party for the confidence reposed in him, enjoined the electorate to vote for credible leaders by not selling their votes.
Omotoso, emerged the governorship candidate of the party after defeating his sole challenger, Mr Usman Oladimeji. Omotoso scored 77 votes to lead Oladimeji, who polled 9 votes.
The exercise, which was monitored by INEC officials, security agencies ,observers and the national executive committee of the party, had delegates from the 18 local governments who voted in the indirect primary.
Declaring the winner of the election, the National Chairman of the Party, Dr Leonard Uzenwa, posited that the party should not be underrated, as they are fully prepared to emerge winners at the poll.
Represented by the National Treasurer of the party, Mr Francis Abayomi, the National Chairman commended members of the party for their cooperation in ensuring a free, fair, and peaceful primary election, urging them to be united to ensure the victory of the party in the forthcoming poll
Also, the State Chairman of the Party, Comrade Israel Ayeni, said that the Party is fully on ground for true change, without compromising democracy.
He maintained that the party’s manifesto is to put the people first, if given the chance to govern the state.
Some of the party members who also spoke with The Hope expressed confidence in their candidate to lead the party to victory in the October election.