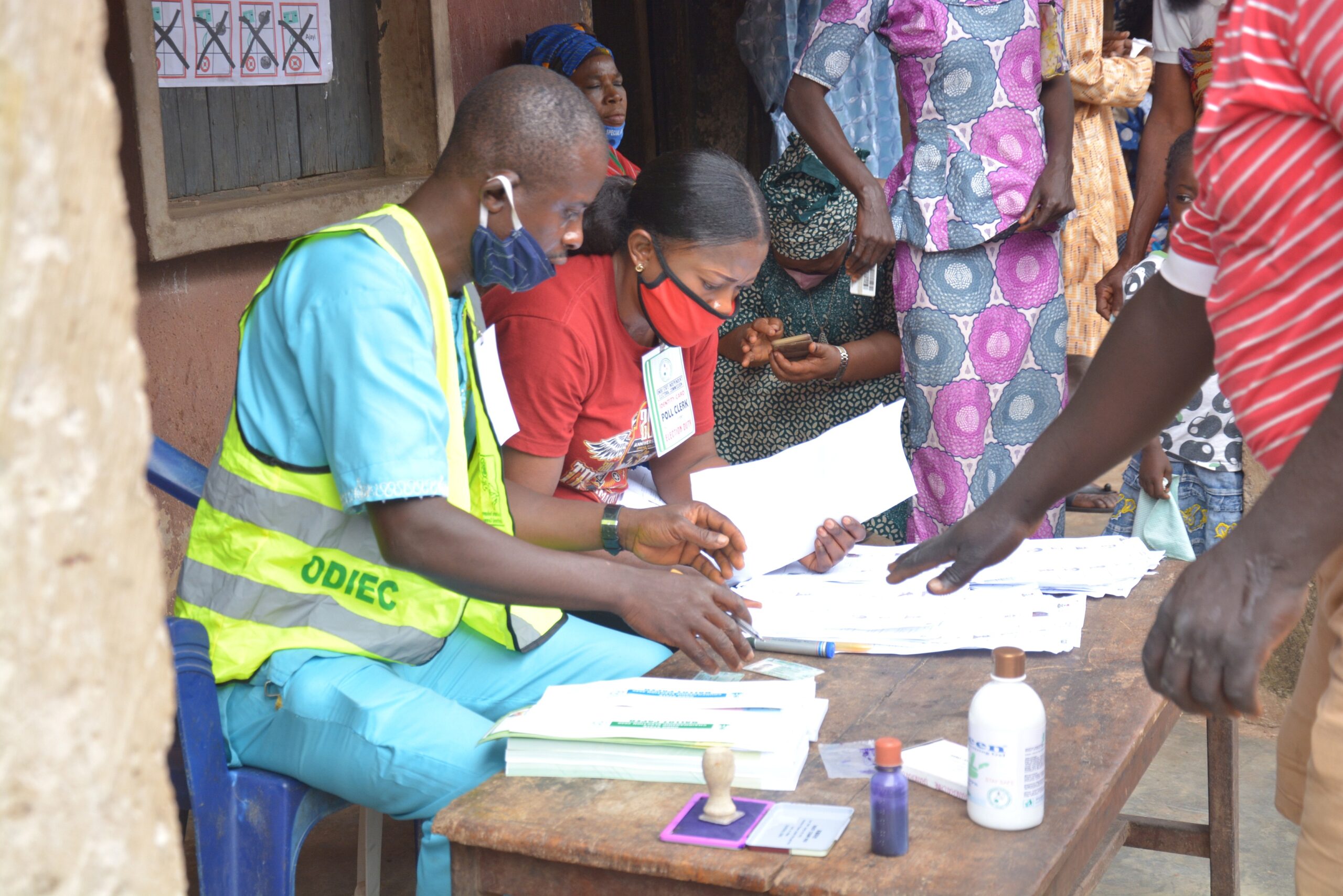 As the October 2020 governorship election in Ondo State draws near, the Independent National Electoral Commission (INEC) and the security agencies in the country have been charged to faithfully work towards delivering a free, fair and credible exercise.
A pan-Yoruba socio/cultural group, the Agbajowo Advocacy for Yoruba People’s Right (AAYPR) in a statement made available to Journalists in Ado-Ekiti yesterday said the success of the polls depend largely on the good conduct of the INEC officials, its ad hoc staff from the National Youth Service Corps (NYSC)and security agents, urging them to sustain the peace and unity of the country.
In the release signed by the National President of the group, Otunba Muyideen Olamoyegun, urged the electoral empire to remain neutral which the commission is known for since inception.
“All eyes are on INEC, the security agencies and the corps members who will conduct the polls. They must respect the constitution of the Federal Republic of Nigeria and be thorough in their conduct during and after the election.
“Politician should also be cautioned of their conducts while embarking on campaigns and soliciting for the votes of the electorates, they should remember to play the game according to the rules”,it stated
Speaking on the just concluded local government election held in Ondo state, the group lamented over what it described as unlawful behaviours of some political stewarts.
It stressed the needs for the politician to counsel their followers on the need to allow peace to reign before, during and after the conduct of the exercise.
It noted that the Ondo state governorship elections is not about who wins but what the state stand to gain and benefit thereafter.
“The youths must eschew violence. INEC has power over the polls, but it must be seen to be fair and do things right. Security agent must do their best to protect the people before, during and after the polls” it emphasised..