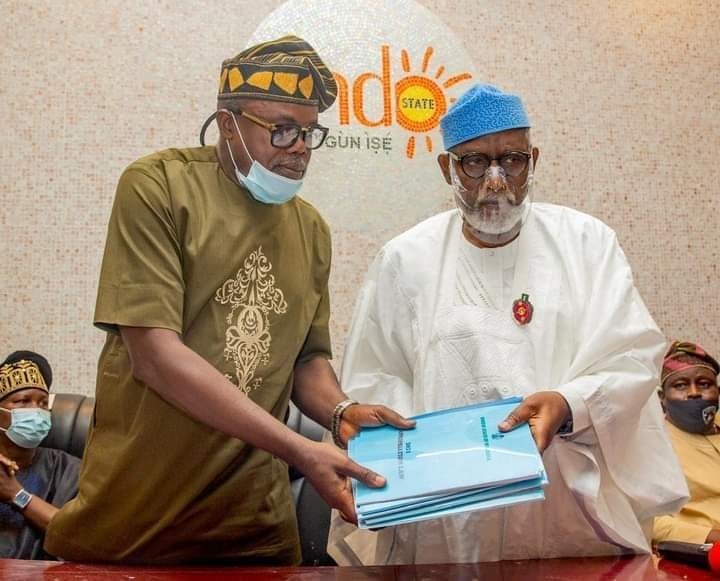 Experts have described the Ondo state 2021 budget as a vital tool for infrastructural, human and economic development.
The experts, who spoke with The Hope in separate interviews said it would put the state among the top states in term of infrastructural development and healthcare.
In the subsector analysis of the N174.873b budget, which passed into law by the State House of Assembly on December 17, 2020, infrastructural development took the largest chunk with N37.048 billion, followed by Health sector with N33.550billion and Public Finance with N24.688billion.
Governor Oluwarotimi Akeredolu, SAN, christened the 2021 budget as “Budget of Hope”.
According to Dr. Simon Ehiabhi, a lecturer at Adekunle Ajasin University, Akungba-Akoko, the budget if implemented will positively impact the lives of the people to a large extent.
“I have gone through the budget and if truly implemented would make some appreciable impact in the lives of the peoples of Ondo State”, he said.
Commenting on education development in the state, Ehiabhi noted that the budget will enhance educational development in the state tertiary institutions.
In his words, “analysing the budget from the sectoral perspective and limiting it to education, I want to believe that if the budgeted amount to tertiary institutions is judiciously deployed, the decay in terms of infrastructure and payment of salaries would be addressed”,
Also speaking, the Ondo State Chairman, Nigerian Institute of Public Relations, Dr. Lamidi Ishola said that it was a welcome development to allocate so much money for infrastructural development.
According to him, it clearly showed that the government intends to improve on its existing infrastructure.
His words, “Our governor is referred to as Mr. Infrastructure. He is not in a hurry to depart from that laudable path. If our infrastructure can be improved upon, it would rub off on governance positively, in terms of bringing more dividends to Ondo State people.”
He further commended Arakunrin Akeredolu for allocating much money to the health sector, hoping that the Budget of Hope is implemented 100%.
“We need a healthy populace to drive the economy of the state. It’s a good one. It would reduce mortality rate during child birth, COVID-19 pandemic and others”, he stated
Also speaking, another scholar from AAUA, Dr Joseph Sunday Adegboro observed that if successive governments in the state had been giving attention to infrastructure and health, the state would have witnessed a high margin of industrial growth.
Adegboro, while commending those behind the budget, said the state government has done a marvellous job with the special attention paid to infrastructure and health.
“It is a wonderful thing, if the state government has been doing this over the years, then we would not have had the problem we are facing in the infrastructure sector. Things like road, power and health would have been developing gradually.”
“This is a very good one and I hope those who are going to implement it will do so with vigour and do it accordingly.”
According to him, with the allocation, government will be able to put in place good health facilities which will ensure the people are healthy and since health is wealth, it means the human workforce needed will be productive as a result of good health.
In the same vein, the academician said although most people thought that infrastructure do not have immediate impact on the people but it does in the long run.
He posited that with good roads, there will be no banditry, kidnapping and highway robbery because men of the underworld exploit the bad portion of the roads carry out their evil acts.
Dr Adegboro that with health facilities and constant electricity, investors will be attracted to the state and this means more job for the people and expansion of the economic base of the state and the people.
Speaking in tandem with Dr Adegboro on education, Professor Victor Olumekun of AAUA however lamented the amount of money allocated to education which he said was far below the UNESCO recommendation.
He expressed displeasure that education did not get the required UNESCO percentages of the total budget.
“I am depressed that my sector, education has not been proportionally treated. We are not anywhere near UNESCO recommendation and I known the trouble we are facing now. This is not good for sustainable development.”