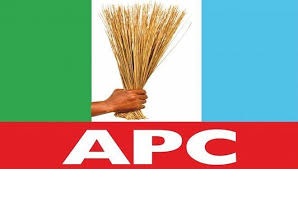 By Jubril Bada
|
The State Organizing Secretary of the All Progressives Congress, APC,  Mr. Charles Fagbohunka has emerged as the new Chairman of the Inter-Party Advisory Council, IPAC, in the state.

Fagbohunka emerged during an election of the council conducted by the State Independent Electoral Commission, INEC, in Akure, yesterday.

The new executive will lead the affairs of the council for the next one year.

Addressing  members of the council, the Resident Electoral Commissioner of INEC in the  State, Dr. Rufus Akeju said that the commission is resolute in its effort to conduct free, fair and acceptable 2020 governorship election in the state.

The REC assured of the  readiness of the staff of the commission including himself to do justice and provide a level playing field for all political parties and contestants towards the realization of their aspirations come 2020 gubernatorial election in the state.

He explained that the commission’s drive towards the conduct of credible and peaceful elections and her efforts to become one of the best electoral management bodies in the world that meets the yearning of Nigerians cannot be negotiated .

According to him, “As a ranking REC who has served a first term of five years, l will use all my wealth of experience without fear or favour to provide a stellar managerial skill to pilot the affairs of the Commission in this state in accordance with the electoral act and fear of God”.

Akeju, therefore solicited for the support and cooperation of the IPAC members and all political parties in order to achieve a peaceful and successful governorship poll.

In his acceptance address, the IPAC Chairman, Mr. Fagbohunka, promised to bring the IPAC to the limelight and make it healthy council for the benefit of its members in the state.

He further assured to make all political parties closer to the door step of government for robust governance to be enhanced.