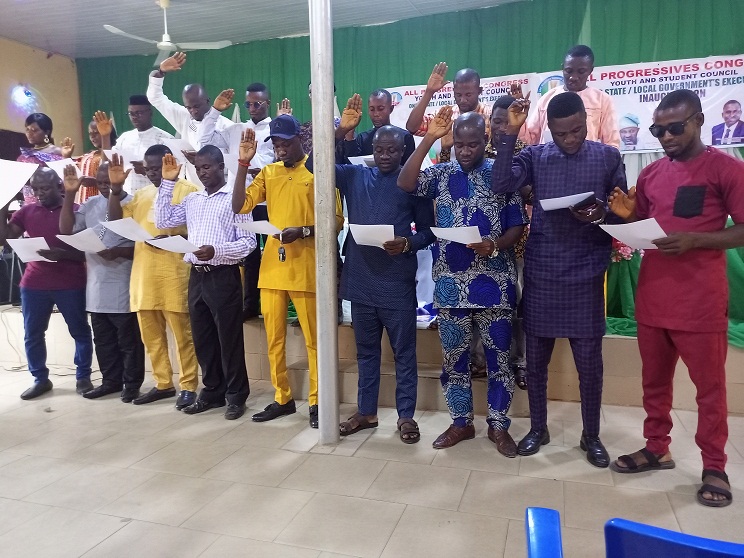 The All Progressives Congress Youths and Students Council has  inaugurated its State and local executives.

The event was held at the State Information Technology Agency hall, Akure on  February 24, 2022.

In his opening speech, the South West Zonal Coordinator, Salau Adesina Tijani Mohammed, said All Progressive Congress Youths and Students council was approved in July 2021 by the national body of the party headed by Mai  Mala Buni, to serve as a support group, while the National Executives and the Zonal Coordinators of the council were inaugurated in Abuja August 28,2021.

According to him, the national body of the party has directed that the council should be set up in all states and local government areas and to ensure that all its activities are in line with party’s guideline and constitution.

“The aim is to galvanize students and youths into a single group, harnessing their enormous voting strength.

The State Coordinator of the group, Mr Adeayo Bamikole Ifeolu, opined that students were usually not reached effectively, as such the need for the formation of the council to galvanize them into a group.

The Director- General, All Progressive Congress Youths and Student Council, Mazi Ezenwa A.A Onyirimba, represented at the inauguration by Mr Miracle Nwosu, charged the new executives to be more proactive and productive in discharge of their duties.

ASUSS calls for TESCOM Board

Out of school children: Advocate more on benefits of education – NUT chair