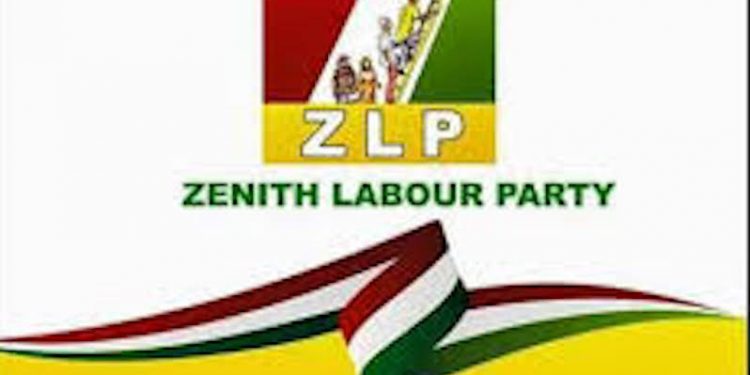 By Jubri Bada
|
Political parties in Ondo State have began the screening of their aspirants jostling for various political offices in 2019 general elections.

The All Progressives Congress (APC) and the Zenith Labour Party (ZLP) started the screening of their aspirants early this week.

The screening exercise, which came up at the parties’ secretariats in Akure, the state capital had aspirants of APC for the State House of Assembly screened and the supporters of the party were in attendance.

For ZLP, which had former immediate past governor of the state as its presidential candidate, Dr. Olusegun Mimiko also screened former Commissioner for Labour and Productivity and erstwhile Chairman of Local Government Service Commission in the state, Mr. Taye Akinyele as an aspirant for ldanre/lfedore Federal Constituency.

Others are former Commissioner for Works, Engr. Gboye Adegbenro for Ondo Central Senatorial district, a medical doctor based in United Kingdom, Dr. Felix Kehinde for Ondo/West Federal Constituency and an aspirant, Mr. Andrew Ogunsakin for lrele/Okitipupa Federal Constituency among others.

In the ongoing exercise, no fewer than 148 aspirants for the State House of Assembly will be screened by the APC, while ZLP had 62 aspirants to be screened for the positions of Senate, Houses of Representatives and Assembly.

In a telephone interview with The Hope, the State Chairman of the APC, Engr. Ade Adetimehin, confirmed that the party had148 aspirants to be screened for the State House of Assembly.

The chairman further disclosed that direct primary will be used by the APC to pick its candidates.

He described the screening of the party as peaceful exercise and assured all the aspirants of the party free and fair primary.

Speaking, the State Chairman of ZLP, Arch. Wale Gbakinro, said all the 62 aspirants of the party who were screened qualified for the positions.

Gbakinro,who told the journalists that the party had three options to be used for its primary said the party will adopt one out of the options which include consensus, direct and indirect for the primary.

He assured the party readiness to give all the aspirants level playing ground during the party primary that will come up this week.

The chairman, who expressed confidence in all the party aspirants said the aspirants comprise men and women of various professions who have chances to beat other oppositions candidates in the next year elections.

Speaking with The Hope, an House of Assembly aspirant aspiring to represent Akoko South/West Constituency 1under the platform of APC , Mr. James Balogun-Arogunjo, described the screening as credible exercise.

He explained that his choice to contest under the APC due to his longtime membership and trust he has in the party.

Balogun-Arogunjo said he has better chance as a grassroot politician to pick the ticket of the party and win in the election.

Another House of Assembly aspirant to represent Akoko North/West Constituency 2, Mr. Thalis Olonite, said the exercise to the large extent was peaceful and orderly in line with true democratic system and commended the leadership for the credible exercise.

He assured to put necessary strategy in place ahead of the primary to canvas votes for himself to emerge as the candidate of the party.

The ZLP aspirant for lrele/Okitipupa Federal Constituency, Mr. Andrew Ogunsakin said the landmark achievements of former Governor Mimiko spurred him to aspire for the position in order to impact on people, adding that his personality will earn him opportunity to pick the ticket of the party.

The House of Assembly aspirant to represent Akoko South/West Constituency 1under the ZLP, Mrs. Cynthia Wale, describe the screening as an essential exercise to enable aspirants free from any doubt that might arise before and during election.

Mrs. Wale,who said her decision to aspire under the party is as a result of quality leadership of the party was optimistic of the party victory in the general election.