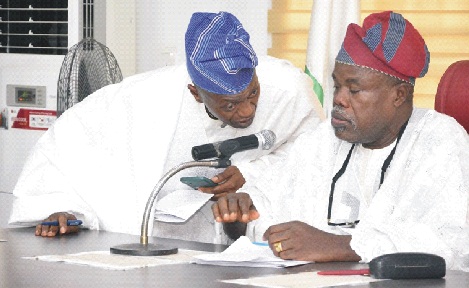 The Ondo State House of Assembly has passed the year 2023 budget into law .

The approved budget was slightly increased by 3.3 percent.

The House had earlier committed the budget proposal  to the House Committee on Finance and Appropriation for scrutiny and defence by MDAs which ended last week.

Presenting his report at a plenary yesterday, the Chairman, House Committee on Finance and Appropriation, Mr.Akintomide Akinrogunde said the Committee observed among others that the fiscal document takes cognizance of the economic realities.

He therefore called on Ministries, Departments and Agencies, MDAs to ensure that provisions of the budget are applied to the needs stated therein.

He implored the State Government to take necessary steps that will propel all income generating MDAs to embark on more result oriented internally generated revenue drive in line with extant laws.

He advised that all MDAs that have desired to exceed their revenue generating targets should be given the required support to succeed.

He also enjoined other lawmakers to consider the fiscal document for passage, having undergone necessary scrutiny.

After the Speaker subjected the report to critical debate at plenary, it was unanimously adopted for passage through a majority voice vote.

Meanwhile, a bill for a law to amend the Ondo State Law Commission,2006 to change the tenure of the members of the Commission to part time tenure of office scaled through second reading as well committed to the appropriate committee.

Also, a matter of urgent public importance was raised on the arbitrary killing at Koseru Ward in Odigbo Local government by the Deputy Speaker,Revd. Samuel Aderoboye on the floor of the House which was condemned in strong term by the lawmakers.

In its resolution,the House directed the appropriate Committees to invite the security operatives, community leaders of both sides in order to find a lasting solution.