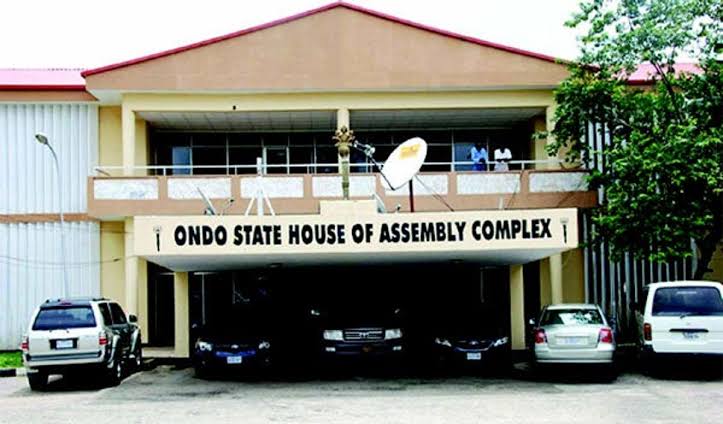 Ondo state House of Assembly has acknowledged the receipt of documents relating to the transactions on N4.3 billion under investigation.
The lawmakers have equally embarked on one month recess.
The Speaker of the Assembly, Bamidele Oleyelogun made the pronouncement at a plenary yesterday.
The Chairman, House Committee on public accounts, Edamisan Samuel had earlier acknowledged receipt of the documents relating to the transactions during the sitting.
He promised that the joint Committee on Public Accounts and Finance and Appropriation will do justice to the documents and report back to the House.
Speaking on the issue, the Speaker noted that no one was being alleged of fraud as being speculated on the social media, adding that the assembly is not probing anyone.
He added that the ongoing investigation into the 4.3 billion naira financial transaction, which is in the public domain, is in line with the Constitutional Responsibility of the House.
The Speaker noted that after a financial year, it is the standard practice that auditor’s report would be forwarded to the Public Accounts Committee of the House while MDAs with queries will be called for questioning.
He warned against negative reports on the social media which are inimical to public interest.
Oleyelogun urged Standing Committees of the House to intensify their oversight functions in order to keep the MDAs on their toes.
Speaking on the upcoming Local Government and Governorship elections in the state, the Speaker observed that the lawmakers will need to be maximally involved hence the need for the one month break which was unanimously endorsed by members through a voice vote.