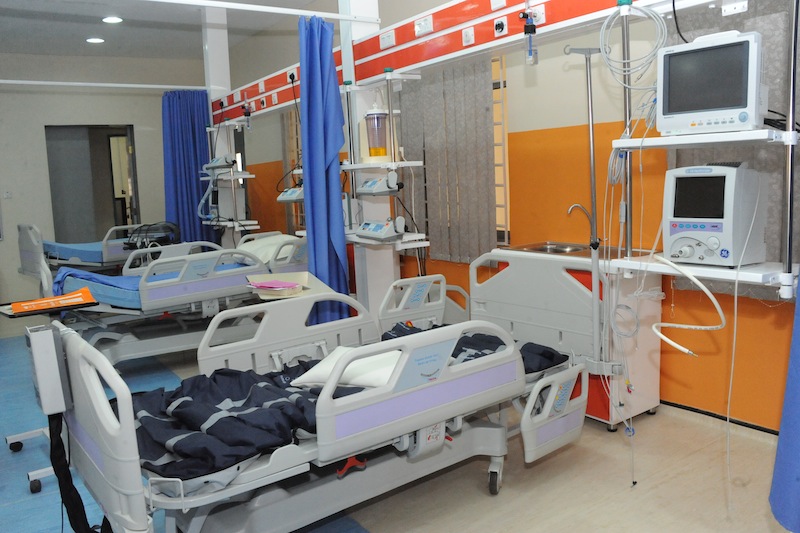 By Kemi Olatunde
|
As a way of delivering accessible health care to the people of the state in a more convenient form, Ondo State Government has started the operation of electronic medical health services at the State Specialist Hospital.

The operation which was noticed in almost all the departments of the hospital would be replicated in other government hospitals with time, The Hope has gathered.

Permanent Secretary, Ondo State Hospitals Management Board (HMB), Dr. Niran Ikuomola disclosed this during the routine monitoring exercise of the board at the State Specialist Hospital, Okitipupa last Thursday.

According to him, necessary measures have been put in place to ensure that the project which started a few weeks ago is hitch free.

He said: “The ongoing project is an electronic health record that would make services more efficient. The training process has been concluded and the installation is almost completed.

“With this in place, there would be adequate accountability and reduced paper work among others.”

While stressing the need for improvement in hospitals’ service delivery, he noted that the commencement of the Contributory Health Scheme of the Arakunrin Oluwarotimi Akeredolu-led administration would drive people to hospitals where quality can be guaranteed saying, “You must all work towards giving the best in terms of qualitative service delivery to the people.

“Do work as if someone is assessing you. Most people don’t have trust in our hospitals because they believe our services are slow.

“We want improvement. Utilise the limited available resources for the good of the state.

“Soon, the Contributory Health Scheme would come on board and there would be sufficient money for health which would make it competitive.

“If we don’t compete with private facilities, we won’t get fund and that is why we need to work on the quality of our service.”

While soliciting for more support from the staff to entice more people to government hospitals, he emphasised that government would not relent in playing its role of achieving the desired success in the state health sector.

Ikuomola, who frowned at absenteeism, however, called for a change of attitude among workers.

In his response, Chief Medical Director of the hospital, Dr. Babatunde Ikuomelo while appreciating government for its efforts at improving the sector, pledged his support for the project saying, “We would improve on the areas where the electronic health record has not commenced.”

Speaking earlier, Consultant in charge of the project, Kunle Adesida who commended the staff for their cooperation however solicited for more.

Director, Planning, Research and Statistics, Dr. Aderonke Fagbemi while commenting on the exercise berated the poor waste management of the hospital saying, “the dump site is an eyesore, proper attention should be given to it.

“She also charged all to put in more efforts at delivering quality services to patients.