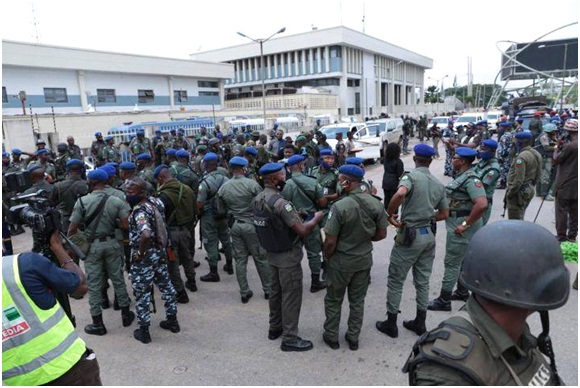 Ahead of today’s bye-election into the Akure North/South Federal constituency in the Federal House of Representatives, security agencies in Ondo State comprising the Police, Amotekun Corps and  NSCDC, have assured residents and the electorate that their safety are guaranteed as they come out to elect a candidate of their choice.

The Police Public Relations Officer, SP Funmilayo Odunlami, said necessary logistics and personnel are on ground to monitor the exercise, just as it warned against any form of thuggery, hooliganism before, during and after the election.

The PPRO, who refused to disclose figures of their men posted to the polling units,  hinted that police, as an institution, saddled with the responsibility of maintaining law and order in the society would not make figures public for security purposes.

She, therefore, urged law-abiding citizens to comport themselves orderly, assuring that they have enough manpower to forestall any possible breakdown of law and order.

In the same vein, the authority of the Nigerian Security and Civil Defence Corps, NSCDC in the state, has deployed 400 officers to complement the efforts of the police and other relevant security agencies in the state.

The NSCDC spokesperson in the state, Daniel Aidamenbor (ASC), told The Hope Metro in a chat, that the police will be playing a leading role with other sister agencies in maintaining law and order all through the voting period.

He explained that adequate logistics and manpower have been drafted to keep surveillance in all the nooks and crannies of the local governments where the exercise will take place.

Speaking with The Hope Metro, the Senior Special Assistant to the Governor on Security Matters, Alhaji Jimoh Dojumo, said all security arrangements have been put in place to ensure a hitch free exercise.

Our correspondent, who observed the situation in town yesterday saw Armored Personnel Carriers (APCs) stationed at strategic locations in Akure metropolis, including policemen and Amotekun standing in some identified pin down points in the town.