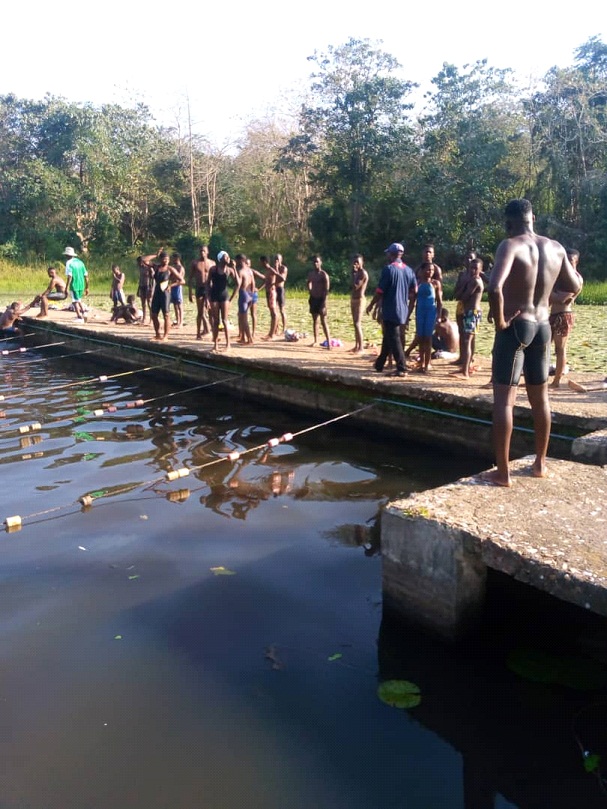 The Chairman Governing Council of Adekunle Ajashin University Akungba,Dr Tunji Abayomi has said Ondo State can become number one in swimming in the country if well developed.
Abayomi stated this at the first late Guy Gurguilo swimming competition held at Ajuwa Grammar School Dam, Oke Agbe Akoko.
He said he sponsored the competition to preserve the great work established by Dr Guy Gurguilo.
He revealed that Ajua dam was constructed by the Ajua Grammar School students, which he said has been able to produce many international swimmers.
Abayomi said the competition will become an annual event, with the aim of expanding from the current 27 swimmers camped to 50 by next year.
His words; “lots of young children have taken much interest in swimming in the area.-
Also speaking at the event, the General Manager of Ondo State Sports Council, Mr Henry Omoyele Babatunde said efforts are on top gear to ensure swimming and all round sports are return to its glorious days in the state.
He said; “with what is happening here, there is a sign that the State has potential in swimming that can be relied on, we are going to partner with Ajua Grammar school to ensure the school become our major catchment area in swimming.”
He added: “We are putting in efforts to develop grassroots sports by engaging stakeholders who have passion for sports to join hands with the government to return the state to where it really belongs in the sporting arena.”
“Without deceiving our selves ,sports can not be left in the hands of government alone, because is a big project, that is why we are making moves to partner with some individuals and corporate bodies.