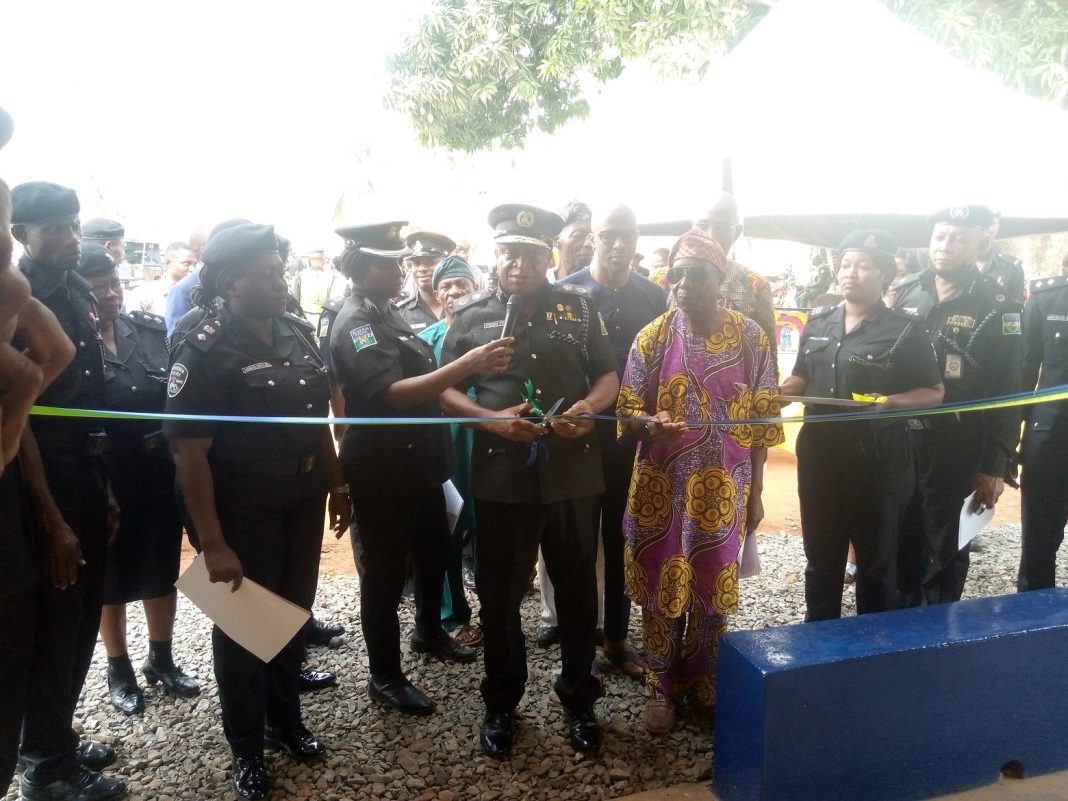 The commissioner also laid the foundation of the Police Community Commission Committee (PCRC) hall, during the visit  yesterday in Akure

At the ceremony,  Oyediran  lauded the PCRC for spending their time and money for the police and for being with the  force through thick and thin.

The commissioner who seek  more partnership from well known individuals and corporate organizations said  security should not be left with the  police alone.

The Divisional Police Officer, CSP Bukola Fasimoye in her address said she contacted some well-meaning residents of Ijapo for the renovation of the station when she realized  need a facelift.

” I contacted some well-meaning residents of Ijapo and environs who gladly supported me to realize this lofty idea. The result is what you are seeing today”

“I decided it was appropriate for me to take the bull by the horns by giving the station a facelift,  by renovating the entire buildings including the toilet and  painting of the perimeter fence.

She said the  Ijapo division was an out station to “A” Division, before it was upgraded to a division of status due to the development and its environ in 2002.

The PRCP chairman Ijapo division, Jones Onaolapo, also lauded the Ijapo  DPO’s effort for being able to achieve that in a short period of her tenure

He promised to continue assisting the police as never before.