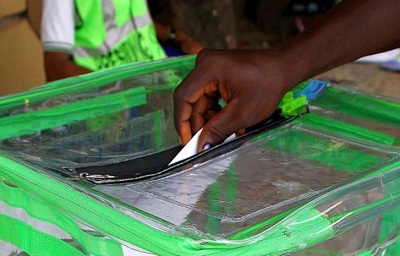 By Sunmola Olowookere
|
The Election Petition Tribunal in Ondo state will hold its inaugural sitting session this Friday,  at  the Akure High Court premises.

This was contained in  a letter signed by the Secretary of the tribunal, Sir Livinus Ugwu and made available to The Hope.

It is believed that definite hearing on the petitions will commence shortly.

“I most respectfully refer to my earlier correspondence on the constitution of National/State Legislative Houses Election Petition Tribunal for the 2019 elections in Ondo state.

” In light of the above, I have the honour to inform you that the panel for the National and State Houses of Assembly in the state will mark her inaugural sitting on Friday May 3,  2019 at 10 a m prompt”.

The tribunal which was constituted shortly after the general elections in February and March this year according to the stipulation of Nigeria constitution immediately began to receive petitions from political parties soon after.

Prior to the fixing of the inaugural sitting date, Ugwu informed that there have been several interlocutory applications bordering on inspection of electoral materials of February 23, 2019.

Regarding the National assembly elections, he disclosed that Mega Party had filed a petition challenging its unlawful exclusion from the ballot list for the senatorial election.

He also said that there have been three other applications for House of Representatives with APC filing two while PDP filed one.